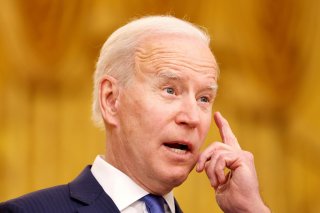 One of the provisions of the American Rescue Plan, which President Biden signed into law in March, was a new, expanded Child Tax Credit. The credit grants American families a $3,000 annual benefit for each of their children aged six to seventeen, and also one of $3,600 per child under the age of six.

There had been some question as to how soon the payments would be going out. But in testimony to Congress Tuesday, IRS Commissioner Charles Rettig said that the payments will begin going out in July. They will be made in monthly intervals.

Rettig testified Tuesday before the Senate Banking Committee. When asked by Sen. Sherrod Brown (D-Ohio) about whether the payments would begin in July as scheduled, he said yes.

“We are,” Rettig said, per CNBC. “If we end up not being on track for some unforeseen situation we will advise you and the committee.”

The commission also told the committee that the IRS will debut a new online portal on July 1, for handling the payments. Per CNN, that portal will allow users to “inform the IRS of any changes to their households in 2021 or to opt-out of monthly payments.” He also promised that the portal is “going to be as user-friendly as possible.”

Rettig had said, in early testimony, that he wasn’t sure the IRS would be able to begin sending the payments in July, especially after the tax filing season was extended from mid-April to mid-May.

The Rescue Plan legislation “temporarily increases the child tax credit from $2,000 to $3,000 per child ($3,600 for children five years old and younger) for the 2021 tax year. It also authorizes periodic ‘child allowance’ payments to families from July to December. Half the total credit amount will be paid in advance with the periodic payments, while the other half will be claimed on the tax return that you'll file next year.”

Those payments will spread out the stimulus into 2022, extending the effects of the bill that passed this year.

A recent report looked at what Americans are spending their stimulus checks on, with more going towards paying bills than any other type of spending.