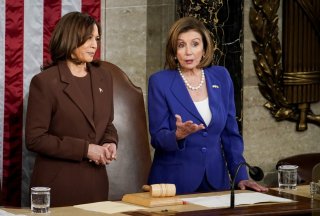 The Social Security Administration announced last August that its main trust fund will no longer be able to pay full benefits by 2034, a year earlier than previously projected. That means that unless Congress acts before then to change the formula for Social Security funding, recipients will receive less than in the past.

While some in Congress have tried to reform Social Security, including Rep. John Larson, those efforts have not yet gained buy-in from the White House or leaders in Congress. Further, there’s little indication that Social Security will be a major issue in this year’s midterm elections, which causes many to worry.

The 11 Point Plan to Rescue America, an election document released last month by Sen. Rick Scott (R-FL), only mentions Social Security briefly, and President Biden did not mention Social Security at all in this week’s State of the Union address. However, the president did issue an executive order aimed at improving Social Security’s online services last December.

The AARP, which represents retired Americans, put out a piece on its website this week called “9 Ways to Strengthen Social Security.” In it, the organization noted that while pensions-for-life and personal savings have become less dependable over the years, Social Security has remained, which further necessities its future health.

“Social Security’s finances are unquestionably on a downward slope, and fixing them is primarily in the hands of the U.S. Congress. If no action is taken, the moment of crisis—meaning when the program would no longer have enough money to fully pay its promised benefits—will happen in just over a decade,” the AARP said.

The AARP’s nine points are as follows: adjusting the taxable wage cap; increasing payroll tax rates; bringing all newly hired state and local workers into the Social Security system; broadening the definition of what is considered income; instituting means-testing; cutting benefits for newer recipients; reducing the currently high cost-of-living adjustment; changing the calculations of benefits; and raising the retirement age for Social Security.

The organization also expressed its opposition to anything like the partial privatization Social Security reform plan floated by President George W. Bush in his second term.

The AARP also noted that Congress hasn’t passed Social Security reform of any kind since the Reagan Administration. “Legislators in Congress routinely propose bills to alter Social Security, ranging from small adjustments to substantive overhauls,” the piece said. “In fact, so far in the 2021–2022 legislative session, dozens of members of Congress have introduced bills related to Social Security. To date, none has moved to a full vote.”