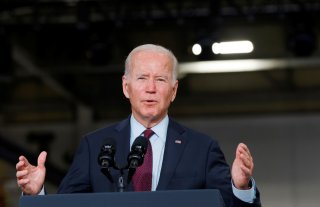 Gas prices may be much higher than usual, but they actually dropped for four weeks in a row throughout late March and early April.

However, that drop has stopped, with another increase beginning this week.

According to GasBuddy, the average gas price in the United States has risen to $4.11 per gallon, up 4.4 cents from the week before. The average is 13.3 cents lower than it was a month ago, and it’s $1.24 higher than a year ago.

“For the first time in over a month, the national average price of gasoline has risen. Primarily, this was due to oil prices that had jumped the prior week, pushing up the price that stations pay for fuel and thus causing them to raise prices,”  Patrick De Haan, head of petroleum analysis at GasBuddy, said in a blog post this week.

“The rise has been quite tame in most areas, while others have continued to gently decline. But, with the French election now behind us, there is a risk that the EU could pursue harsher sanctions on Russia’s energy, which could cause oil prices to rise if it happens—something motorists should be on the watch for.”

The rise was also driven in part by a decline in U.S. oil inventories.

“The global imbalance between supply and demand that led to these higher prices continues for the time being,” DeHaan added.

Last week, CNN looked at the implications of gas prices on midterm elections, and how that will tie in with the Biden administration’s climate policy plans.

“I think we’re in one of those moments in world history and in American history, where we’ve reached the point that the crisis on the environment has become so obvious—with the notable exception to the former President—that we really have an opportunity to do things we couldn’t have done two, five, 10 years ago,” the president said on Earth Day, per CNN.

At the same time, the president has executed a historically large release of the Strategic Petroleum Reserve (SPR) in order to help lower gas prices, while also stating that the United States must “get off the roller coaster” of relying on gasoline.

This has angered some climate activists.

“The fact of the matter is that more drilling won’t solve high gas prices right now – so why is Biden breaking his campaign promise to stop drilling on public lands? This is why young people are doubting the political process altogether. If Biden wants to solve for voter turnout in 2022, he should actually deliver on the things he promised, not move farther away from them,” Varshini Prakash, the executive director of the Sunrise Movement, told CNN.