Analyst: Only One Thing Will Send Gas Prices Back Below $4 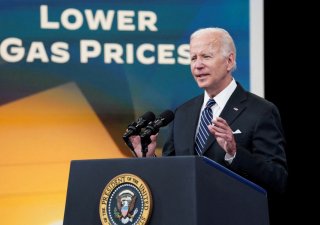 From the record high of $5.016 per gallon registered last month, the nation’s gas prices have been on a steady decline, now sitting at $4.779 per gallon on Wednesday, according to AAA data.

This positive news for American consumers comes as West Texas Intermediate crude oil futures dipped below $100 per barrel. If the current price action continues to stay favorable, even more relief at the pump on the way.

Patrick De Haan, the head of petroleum analysis at GasBuddy, who had called for gas prices to drop $0.10 to $0.20 by the Fourth of July, is now contending on Twitter that he sees a “potential decline of 40-65 cents per gallon in the weeks ahead” should oil prices remain lower.

However, not all industry experts are as optimistic. One analyst has come out stating that serious gas price relief won’t happen anytime soon unless motorists make adjustments by driving less.

“I think the only thing that's going to make a dent in gasoline or jet fuel prices is demand destruction,” Vectis Energy Partners principal Tamar Essner told Yahoo Finance Live after being asked when gas prices might drop below $4 a gallon.

“So we have to push higher until we get to that point,” she continued.

However, “I think prices have to go quite a bit higher in order to see demand destruction. What that magical number is I don't know because we are in unprecedented times in terms of having this build of demand post COVID at the same time because of stimulus and higher disposable income,” Essner concluded.

Meanwhile, Andrew Gross, AAA spokesperson, believes that there are already signs that demand has receded. According to the latest Energy Information Administration (EIA) data, gas demand currently sits at 8.93 million b/d, which has been found to be lower than last year’s rate of 9.11 million b/d at the end of June. In addition, total domestic gasoline stocks have risen by 2.6 million bbl to 221.6 million bbl.

“Domestic gasoline demand dipped recently, which took some of the pressure off of pump prices. About 80 percent of stations are now selling regular for under $5 a gallon,” Gross said in a release.

But he did caution that “July is typically the heaviest month for demand as more Americans hit the road, so this trend of easing prices could be short-lived.”