The Average American Family Will Get Over $6,000 in Stimulus This Year 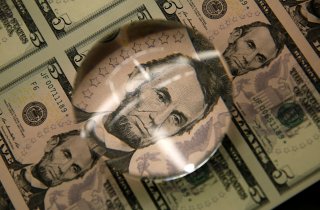 The American Rescue Plan Act, signed into law by President Joe Biden in March, is shaping up to be a fairly major piece of legislation. And a new study puts a number on exactly how much impact it’s had on the American economy.

The Motley Fool, citing research from the Tax Policy Center, found that the average U.S. household that has children will receive $6,660 in the year 2021. This includes the $1,400 stimulus checks that went out throughout the spring and summer, as well as the payments from the extended child tax credit.

Not everyone will get exactly that amount, and lower-income families in particular will likely get more.

“There are about 500,000 low-income families in the U.S. with two or more children who will receive around $10,000 in financial aid. This will more than double the annual income for some of the lowest-earning Americans,” The Motley Fool said. "Those with fewer children, on the other hand, will not get as much money because they won't receive as many dependent payments. They also won't get as much aid through the expanded Child Tax Credit. For example, the average married couple with no children and an income under $30,000 will receive around $3,041 in stimulus relief.”

Most of the money has already been paid out, as the government is nearly completely finished distributing the $1,400 stimulus checks, with a few exceptions. The expanded child tax credit payments began in July, and the first two sets of payments have already gone out. Studies have shown that the initial child tax credit payment in July made a major dent in child poverty across the country.

What is the future of government stimulus? It’s virtually certain that there won’t be another law passed resembling the American Rescue Plan Act, at least not at any point in the near future.

There does not appear to be any appetite in Washington for the passage of an additional round of stimulus checks, at least not enough of one that could gain passage through Congress. The Biden administration has not made any proposal for such checks, and neither the bipartisan infrastructure framework that passed the Senate earlier this month or the proposed $3.5 trillion budget reconciliation framework includes such checks.

However, per CNBC, the current framework for the reconciliation package will include an extension of the child tax credit, although the final legislation is not yet completed and it’s unclear exactly how the credit will work.

“I always had confidence; I never doubted that the president’s budget would prevail because of the commitment our caucus has to America’s working families,” House Speaker Nancy Pelosi said earlier this month of the budget.