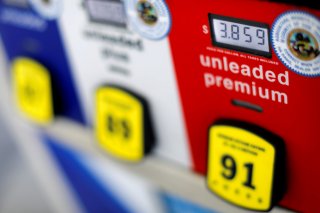 The average price of regular-grade gasoline increased by five cents in just two weeks, according to a new analysis by The Associated Press.

The current average gas price stands at $3.21 per gallon, which is 97 cents higher than the same time last year.

Trilby Lundberg of the Lundberg Survey told the newswire over the weekend that fuel prices will likely hold steady due to the stoppage of surging crude oil costs.

The Lundberg Survey reported that the average price of diesel was $3.30 per gallon, up three cents from two weeks earlier.

The analysis comes after the American Automobile Association (AAA) reported last week that drivers should expect the average price of a gallon of gas to jump another 10 to 20 cents by August.

In a report last week, AAA noted that the gas price average nationwide has spiked by 40 percent since the beginning of the year, from $2.25 on Jan. 1 to $3.13 on July 6. The trade group said prices aren’t “stopping there,” as AAA projected a further increase of around 10 to 20 cents by the end of August, pushing the national average well above $3.25 this summer.

“Robust gasoline demand and more expensive crude oil prices are pushing gas prices higher,” Jeanette McGee, AAA spokesperson, said last week. “We had hoped that global crude production increases would bring some relief at the pump this month, but weekend OPEC negotiations fell through with no agreement reached. As a result, crude prices are set to surge to a seven-year high.”

Gasbuddy Head of Petroleum Analysis Patrick de Hann also recently warned that it might be “quite some time” before drivers in the United States see relatively stable gas prices.

“Traditionally we see gas prices start declining in mid-to-late August as we start to see things [going] back to normal, kids going back to school, vacations basically ending,” de Hann said in an interview with Fox Business’s Cavuto: Coast to Coast last month. “This year, though, I think the concern is that . . . the normal seasonal down-turning could be mitigated by the fact that offices are starting to see returns by fall and so commutes could start to increase.”

Gas prices first surpassed $3 per gallon earlier in the year after the Colonial Pipeline hack that shut down the Southeast’s major gasoline pipeline. The closure then triggered a panic-buying surge that emptied gas stations across the region, pushing up the price of gas.