Avoid These Mistakes to Get Your Tax Refunds Fast 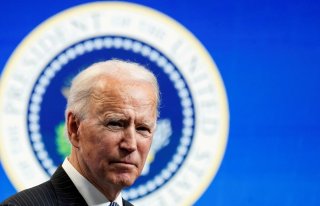 It has been well documented in recent weeks that the beleaguered Internal Revenue Service (IRS) is still struggling to get through millions of tax returns from last year.

National Taxpayer Advocate Erin Collins recently issued a report to Congress saying that she was “deeply concerned about the upcoming filing season.” Collins added that the remaining unprocessed returns are from the “most challenging year taxpayers and tax professionals have ever experienced.”

Adding to the ongoing issues is the fact that the IRS is dealing with severe staffing shortages. In fact, compared to 2010, the agency has about 20,000 fewer employees and 20 percent less funding when adjusted for inflation, according to the Congressional Budget Office.

Unfortunately, this all means that delays will be common for many who are waiting for their tax refunds. But, according to the AARP, there are six specific mistakes people need to avoid to receive their refunds quickly.

The IRS has already stated that most taxpayers who file a tax return with no errors should receive a refund within twenty-one days if they file electronically. “But filing a paper return will result in an ‘extended refund delay’ because of enormous challenges related to the pandemic, the IRS says,” the AARP notes.

“Incorrect entries when reporting these payments mean the IRS will need to further review the tax return, creating an extensive delay,” the agency wrote.

Too Much of a Head Start

Taxpayers filing before receiving all of their 1099 or W-2 forms could cause major math errors.