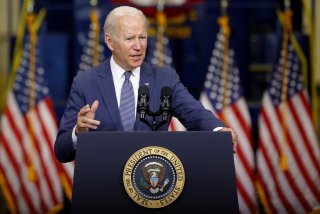 The recent announcement by the Social Security Administration (SSA) confirming that there will be a 5.9 percent cost of living adjustment (COLA) for next year certainly was welcome news to the roughly seventy million Americans who rely on Social Security benefits.

However, while the nearly 6-percent bump might seem great on paper, citizen advocacy groups are continuing to contend that many seniors will fall further behind amid the ongoing coronavirus pandemic and the current high-inflationary environment.

One highly concerned individual is Ron Kasper, who wrote in a letter to the editor at the Tribune-Review that “even though the increase is to be the largest in years, it has not kept up with inflation for years.”

“When I heard about the increase, I thought of minimum wage and what a debacle this is,” Kasper continued. “The minimum wage has been $7.25 for years while the cost of goods keeps going up. Add together the number of minimum wage earners and those collecting Social Security, and the total population swarming for help is over seventy million. Plus, the ones living on only Social Security with no savings are within the range of forty million.”

“So, where does that leave the rest of the people who could be able to afford comfort without going deeper into debt?” Kasper pondered.

The 5.9 percent increase—the largest boost to Social Security benefits in nearly forty years—is expected to boost retirees’ monthly payments by approximately $90 to an estimated average of $1,657, and a typical couple’s benefits will climb by about $150 to $2,754 per month.

For comparison, last year, the Social Security COLA only came in at 1.3 percent, which only gave an average $20 boost to the monthly payments.

But for many experts, that’s far from being enough to help out the millions of struggling seniors, who in some extreme cases, are forced to pick between groceries and medicine.

“When you use the cost-of-living adjustment for workers, you’re under measuring and that’s why they’ve been eroding over time,” Altman said. “The base benefit by virtually any standard is inadequate in terms of absolute amount, about $1,500 a month average, which means an awful lot of people receive less than that.”

Similar sentiments were shared by Mary Johnson, the Social Security and Medicare policy analyst for the Senior Citizens League, a group that is also calling for stimulus checks only for Social Security beneficiaries.

“While the high COLA is welcome, we have received hundreds of emails from retired and disabled Social Security recipients who say that the low COLAs in recent years have not kept pace with their rising costs,” Johnson told CNN.