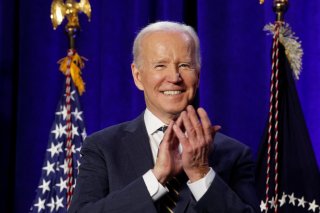 President Joe Biden has so far made little headway on his campaign promise of canceling $10,000 of student loans per borrower.

But it appears that his administration is preparing to take advantage of the next best option by extending the student loan payment pause beyond the May 1 expiration date.

As reported by Politico, officials at the Department of  Education have instructed companies that manage federal student loans to hold off on sending the required notices to borrowers that their loan payments will restart in less than two months. This would seemingly indicate that another pause to the loan payments will be coming soon.

Moreover, it was just last week when White House Chief of Staff Ron Klain stated that another pause to the payments could be in the cards and that an across-the-board cancellation of the loans remains on the table. “The president is going to look at what we should do on student debt before the pause expires, or he’ll extend the pause,” Klain said on the podcast Pod Save America.

In addition, a coalition of left-leaning groups—led by the Student Borrower Protection Center—recently wrote in a letter to the White House calling for “immediate relief.”

“Borrowers need immediate relief from the crushing burdens of massive student loan debt as the pandemic exacerbates financial strain for all Americans and throws existing racial disparities in wealth and educational attainment into especially stark relief,” the letter read.

Meanwhile, per The Hill, a coalition of conservative organizations and nonpartisan advocacy groups have written to the Department of Education pressing the Biden administration to end the pause on student loan payments.

“This policy is fundamentally unfair. A moratorium on student loan payments is unfair to blue-collared Americans who did not rack up tens of thousands of dollars of debt and those who proactively paid off their debt,” said the letter, which was signed by a dozen organizations and led by Americans for Tax Reform.

“Many Americans pursued other opportunities instead of going into debt for an expensive four-year degree, such as less expensive schooling, serving in the military to receive education assistance, or working long hours to put themselves through school,” it continued.

The letter also argued that the student loan pause has contributed to high government spending at a time when the national debt has reached record levels.

“This policy is one example of many handouts, subsidies, and payment pauses through which the federal government floods the economy with so much money that demand is growing too fast for production to keep up,” it stated.

“We urge you to resume federal student loan payments. The student loan moratorium is not only regressive and unfair, but it has exacerbated America’s inflation problem and contributed to historic, out-of-control spending,” it concluded.