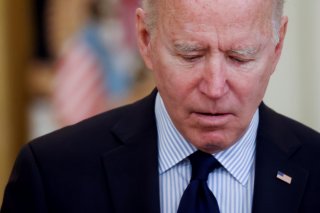 Here's What You Need To Remember: Progressive activists have expressed displeasure at the slow timeline of reforms. Many of the 2020 Democratic candidates, including Biden, included a promise to reform student loan forgiveness programs in their campaign platforms.

On Friday, President Joe Biden released his regulatory agenda, a list of regulatory actions that the Executive Branch intends to take during each administration. The list is usually released twice per year, and includes plans on how the president intends to advance his agenda with each branch of the government.

Biden’s regulatory agenda includes the usual priorities that he has expressed at earlier times during his presidency and presidential campaign. However, the Education Department includes a new idea for the president: student loan forgiveness. According to that section of the agenda, the Biden administration intends to “improve[e] student loan cancellation authorities” and “amend regulations to improve borrower eligibility, application requirements, and processes” for qualifying borrowers. Secretary of Education Miguel Cardona is tasked with overseeing these improvements.

The rules, which are scheduled to be finalized by April 2022, also indicate that the Public Service Loan Forgiveness program

The Biden administration has touted its education plan – and contrasted it with the Department of Education under Biden’s predecessor, President Donald Trump. Trump’s Secretary of Education, Betsy DeVos, had a notoriously acrimonious relationship with Congressional Democrats, and was widely criticized on the left for having no prior experience in education.

The regulations were a long time in the making – Biden’s Education Department had repeatedly indicated that its regulations would be overhauled – but the plans are still unclear on precisely what actions will be taken. The department has provided a rough timeline for additional steps; it will hold hearings in June to determine what corrections, if any, should be made to its student loan forgiveness programs. Following the hearings, a period of “negotiated rulemaking” will take place; it could be more than a year before any recommended changes are actually implemented.

Progressive activists have expressed displeasure at the slow timeline of reforms. Many of the 2020 Democratic candidates, including Biden, included a promise to reform student loan forgiveness programs in their campaign platforms. A popular target for reform is the Public Service Loan Forgiveness program, which allows for forgiveness on the loan after 120 qualifying monthly payments have been made. Since the tenure of Secretary DeVos, however, 99.4 percent of applicants have been rejected, eventually resulting in a lawsuit and prompting the Biden administration to call for an investigation.

The issue of student loan forgiveness became a political talking point during the 2020 election. Senator Elizabeth Warren (D-MA) included a proposal to cancel $50,000 in student loan debt per borrower in her 2020 campaign, while Senator Bernie Sanders (I-VT) proposed canceling all of it. However, loan forgiveness proposals are sometimes criticized on the basis of their cost, and the situation of moral hazard they have the potential to create.