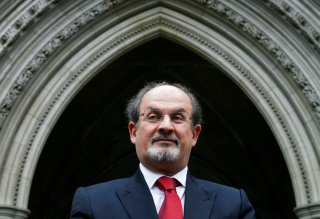 President Joe Biden condemned the attack on author Salman Rushdie that took place during a lecture in New York on Friday.

“Jill and I were shocked and saddened to learn of the vicious attack on Salman Rushdie yesterday in New York,” Biden said in a statement released over the weekend. “We, together with all Americans and people around the world, are praying for his health and recovery. I am grateful to the first responders and the brave individuals who jumped into action to render aid to Rushdie and subdue the attacker,” he continued.

As reported by CNN, the seventy-five-year-old Rushdie’s fourth novel, The Satanic Verses, drew wide condemnation from many Muslims who found the work to be blasphemous, with the late Iranian leader Ayatollah Ruhollah Khomeini issuing a religious decree, or fatwa, calling for Rushdie’s death in 1989.

Twenty-four-year-old Hadi Matar, the man accused of carrying out the attack, has entered a not-guilty plea in a New York court on charges of attempted murder and assault.

“Salman Rushdie—with his insight into humanity, with his unmatched sense for story, with his refusal to be intimidated or silenced—stands for essential, universal ideals,” Biden said in the statement.

“Truth. Courage. Resilience. The ability to share ideas without fear. These are the building blocks of any free and open society. And today, we reaffirm our commitment to those deeply American values in solidarity with Rushdie and all those who stand for freedom of expression,” he concluded.

Meanwhile, in a televised news conference on Monday, Iran blamed Rushdie and “his supporters” for the attack. “Regarding the attack on Salman Rushdie, we do not consider anyone other than [Rushdie] and his supporters worth of blame and even condemnation,” Iranian Foreign Ministry spokesperson Nasser Kanaani said.

Over the weekend, Rushdie was taken off a ventilator but was still being treated for various injuries, including multiple stab wounds to his neck and stomach, puncture wounds to his right eye and chest, and a laceration on his right thigh, according to Chautauqua County District Attorney Jason Schmidt. He added that Rushdie might lose his right eye.

“Though his life-changing injuries are severe, his usual feisty & defiant sense of humor remains intact,” Rushdie’s son, Zafar, said in a statement on Sunday.