Biden Defends His Criticism of Trump and ‘MAGA Republicans’ 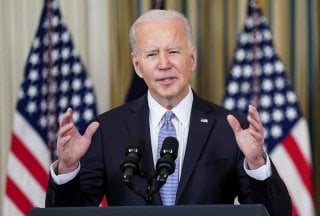 President Joe Biden on Monday rejected criticism that he is further dividing the country by calling former President Donald Trump’s supporters extremists and a threat to democracy, according to a new USA Today report.

“But the extreme-minded Republicans in Congress have chosen to go backwards, full of anger, violence, hate and division, but together we can and we must choose a different path,” he continued, adding that the United States had been able to overcome an array of previous challenges largely due to the fact that it has been a “nation of unity, of hope, of optimism, not a nation of division and violence and hatred that is being preached by some others.”

Last week, in a prime-time address in Philadelphia, Biden argued that the “extreme ideology” of Trump and his supporters “threatens the very foundation of our republic.” His remarks come only two months before Americans head to the polls for a bitterly contested midterm election that the president has called a crossroads for the nation.

“Too much of what’s happening in our country today is not normal,” Biden said. “There’s no question that the Republican Party today is dominated by Donald Trump and the MAGA Republicans.”

He continued: “I do think anyone who calls for the use of violence, fails to condemn violence when it’s used, refuses to acknowledge when an election has been won, insists on changing the way in which the rules to count votes, that is a threat to democracy.”

Meanwhile, former South Carolina Gov. Nikki Haley, a Republican who served as U.N. ambassador during the Trump administration, was critical of Biden’s speech.

“He’s done nothing to unite the nation,” she wrote on Twitter. “Nothing to bring healing. Nothing to alleviate the pain millions of Americans feel every day. He’s been a divider in chief and come November he must hear from all of us.”