Biden Kicks Off His Democracy Agenda in Central America 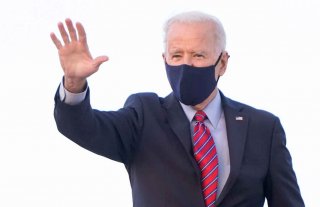 President Joe Biden’s support for democracy is a welcome change after Trump’s embrace of authoritarianism, both at home and abroad. Before embarking on a global crusade, however, Biden should begin with a more modest goal: bolstering governance in the Northern Triangle, a small group of countries where the United States has unique leverage. If the United States cannot protect democracy in Guatemala, El Salvador, and Honduras, then the White House should be far more restrained in its ambitions for the rest of the world.

Even before taking office, Biden’s pro-democracy agenda faced challenges. His promise to convene a Global Democracies Summit set off a debate between supporters of the proposal and analysts who consider it idealistic. Last month’s coup in Myanmar and Putin’s repression of Russian opposition leader Alexei Navalny provoked harsh rhetoric and economic measures from the White House, but the U.S. response is unlikely to prompt change.

After four years of Trump’s disregard for democracy promotion, Biden should chart a modest course without retreating inward. The Northern Triangle is well-positioned as a test case for the U.S. ability to promote democracy in the post-Trump era.

First, the three countries are distant from other great powers like Russia, which actively seeks to undermine democracies abroad, and China, which is wary of Western interference in other countries’ affairs given its own authoritarian system. While Belarus and Myanmar face acute threats to democracy, they are also located in the shadow of these two countries. The United States is more likely to be successful at promoting democracy in its own neighborhood.

Second, democracy is already well-established in the Americas, unlike in other regions. Many of the Western Hemisphere’s democratic governments emerged organically in the early twentieth century, only to be replaced by U.S.-backed despots during the Cold War. In the 1980s, most of these authoritarians fell from power, paving the way for the democratic governments that remain today. The Economist Intelligence Unit’s Democracy Index, which measures the commitments of governments to civil and political rights, has identified the Western Hemisphere as the second most democratic region in the world in each of its surveys from 2006 to 2020, surpassed only by Western Europe. The same cannot be said for the Middle East, where the 2003 Invasion of Iraq and the 2011 Arab Spring have laid bare the difficulties of democratization without a historical tradition of democratic governance. Nor can it be said of Asia, where the Association of Southeast Asian Nations (ASEAN) upholds a strict policy of non-interference in its member countries’ affairs. Given the Western Hemisphere’s history of democracy and the preponderance of democracies there today, an emphasis on governance is more likely to succeed in the Northern Triangle than in other parts of the globe.

Third, the United States has interests in the Northern Triangle, such as curving unauthorized immigration. Beyond measures at the border, there are two ways for U.S. policymakers to keep migrants from leaving home. The first approach, which Trump embraced, is a Faustian bargain, requiring deals with strongmen to prohibit their impoverished and insecure citizens from fleeing. The second approach, which Biden has favored, requires improving the livelihoods of people in Central America so that they no longer want to leave. Biden’s strategy will take a long time to bear fruit, but it is the only one that squares U.S. interests with U.S. values.

Finally, all three countries are at turning points where U.S. pressure could make a difference. In June 2020, I reflected on the trend of Latin American leaders using the coronavirus to consolidate power. Since then, the danger has only sharpened.

Last Sunday’s legislative elections in El Salvador delivered a supermajority to President Nayib Bukele’s ruling party. Lacking support from lawmakers in 2020, Bukele sent armed troops to occupy the legislature. Leading up to the election, bodyguards affiliated with Bukele’s Health Ministry were arrested in connection with the killing of two party members; the Salvadoran president attributed the attack to a false flag operation. Now with full control of government and a shrinking space for civil society and the press, Bukele is limited only by what foreign powers are willing to tolerate.

Honduras, which has been wracked by deadly protests since President Juan Orlando Hernández’s fraudulent reelection in 2017, has similarly reached a fever pitch. Presidential primaries will take place on March 14, and as James Bosworth notes in the Latin America Risk Report, Orlando Hernández is widely expected to rig the general election for his favored successor. Last week, Senate Democrats unveiled a proposal to sanction the president and revoke security assistance from the country.

Guatemala has not received the recent international scrutiny that Honduras and El Salvador have, but it is no less implicated in the region’s pattern of poor governance. Over the last three years, Guatemala’s ruling class has disqualified anti-corruption reformer, Thelma Aldana, from running for office, dismantled the country’s International Commission Against Impunity, and stacked the Constitutional Court with corrupt officials. A reckoning is long overdue.

The tools available to the United States and its regional partners to promote democracy are too many to list here, but the Biden administration has already shown a creative streak. When Bukele traveled in February to Washington, DC, White House officials refused to meet with him, undermining the Salvadoran leader’s claims of a close relationship to Washington. Policymakers must also avoid some of the pitfalls that past administrations have tried. Former U.S. Ambassador Stephen McFarland emphasizes that “restrictions on development aid, for example, usually have little weight” since the aid is directed toward specific projects. “The Central American governments didn’t protest when Trump suspended U.S. assistance to all three in 2019.”

No matter what leverage the United States uses to promote democracy in the Northern Triangle, however, the region should serve as a test case for Biden’s democracy agenda further afield. If the White House is successful at restraining Bukele’s worst impulses, guaranteeing a free election in Honduras, and countering impunity in Guatemala, then policymakers should deploy those lessons to other parts of the world. If, on the other hand, the United States cannot even protect democracy among its closest neighbors, the Biden administration should be more humble about its chances to promote democracy elsewhere.

Robert Carlson is the Program Coordinator for the Duke Program in American Grand Strategy. He previously held roles at the Organization of American States (OAS) and the Center for Strategic and International Studies (CSIS). You can find him on Twitter: @bocarlson1.