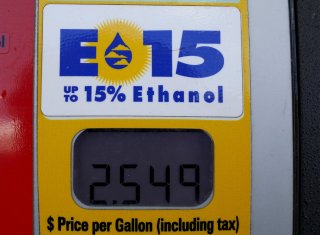 Collective complaints abound among cash-strapped Americans who have been trying to make ends meet while gas prices have skyrocketed ever since Russia’s invasion of Ukraine.

According to the United States Bureau of Labor Statistics, fuel prices across the country have surged a whopping 48 percent compared to last year, with 18.3 percent of that coming in March alone. The average national gas price currently sits at $4.08 per gallon, according to AAA.

In an effort to reduce that financial burden on millions of Americans, President Joe Biden has announced that the Environmental Protection Agency will issue an emergency waiver that will allow year-round sales of E15 gasoline, which contains a 15 percent ethanol blend.

Per CNN, the sale of E15 gasoline is generally prohibited from June to mid-September because of its air-quality concerns.

“E15 is about 10 cents per gallon cheaper than E10. Some gas stations offer an even bigger discount than that,” Biden said during a trip to Menlo, Iowa, on Tuesday.

“But many of the gas stations that sell it … are required to stop selling it in the summer, but with this waiver, on June 1, you're not going to show up and see a bag over the pump with the cheapest gas. You're going to be able to keep filling up with E-15 and it's going to solve a whole problem,” he continued.

“Your family budget, your ability to fill up your tank, none of it should hinge on whether a dictator declares war and commits genocide a half a world away,” he added, later referring to the elevated gas costs as the “Putin price hike.”

Biden’s announcement follows the administration’s decision last month to release one million barrels of oil per day from the nation’s Strategic Petroleum Reserve (SPR) for the next six months as domestic producers ramp up production. And last week, the International Energy Agency announced a collective release with member countries outside of the United States of an additional 60 million barrels.

“[This] announcement is another result of President Biden’s unwavering focus on doing everything in his power to help American families who are paying more out of pocket as a result of Putin’s war of choice against Ukraine,” White House Press Secretary Jen Psaki noted in a statement.

According to Patrick De Haan, head of petroleum analysis at GasBuddy, it appears that gas prices are already on a downward trajectory.

“Gas prices have continued to move in the right direction—down—saving Americans approximately $100 million every day compared to when prices peaked about a month ago,” he said in a weekly blog.

“And, more good news is on the horizon: the national average this week will likely fall back under the critical $4 per gallon mark,” he concluded.