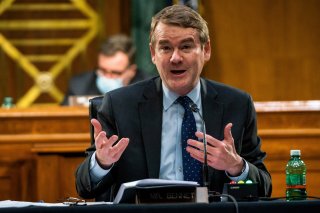 Many members of Congress are often highly critical of Big Tech companies. Members of both parties have raised antitrust concerns, while Democrats have criticized the tech companies for spreading misinformation and Republicans frequently accuse the companies of liberal bias. Now, one Democratic senator has proposed a new regulatory body for social media companies.

Bennet added that the commission “would have the mandate, jurisdiction, and broad set of tools to develop and enforce thoughtful guardrails for a sector that has been left for too long to write its own rules, with serious consequences for everything from teen mental health to disinformation to anticompetitve practices that have hurt small businesses.”

The new commission would work something like the FCC; it would have five commissioners who are nominated by the president and subject to Senate confirmation. The Federal Trade Commission is now the main regulator for the tech industry, although the Department of Justice currently has an antitrust case against Alphabet, the parent company of Google.

“As a country, we should take pride that most of the world’s leading tech companies were founded in America. But they aren’t start-ups anymore. Today they rank among the most powerful companies in human history. It’s past time for a thoughtful and comprehensive approach to regulating digital platforms that have amassed extraordinary power over our economy, society, and democracy,” Bennet said in the release. “We should follow the long precedent in American history of empowering an expert body to protect the public interest through common-sense rules and oversight for complex and powerful sectors of the economy.”

Some tech experts were skeptical of Bennet’s proposal. “The very idea of a government agency charged with ‘maintaining a robust and compatible marketplace of ideas' sounds like the opposite of America,” New York Times columnist and longtime tech writer Farhad Manjoo said on Twitter Thursday.

“Is there literally ANYONE left in Congress who understands the 1st Amendment? Senator, how … do you think this commission will work if Trump is re-elected?,” another tech journalist, Mike Masnick, said on Twitter. It’s not clear if Bennet’s proposal has momentum in the Senate this year, or if Senate leadership or the White House is in support of it. The Washington Post called it a “long shot” in the currently divided Senate.