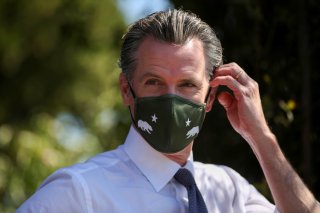 The state of California will begin disbursing the next round of Golden State Stimulus II payments to eligible residents next week, according to the California Franchise Tax Board.

The state had already issued late last month approximately six hundred thousand payments with a value of $354 million to residents that were part of the first batch.

“The plan creates the biggest state tax rebate in American history, expanding direct payments to middle-class families for a total of $12 billion in stimulus payments that will go directly to middle-class Californians and families,” according to a statement from Gov. Gavin Newsom’s office.

For this next round, the number of payments figures to be much larger, as Franchise Tax Board spokesperson Daniel Tahara recently told local television station KTLA that about two million checks will head out to Californians on September 17.

Tahara, however, did add that some of the stimulus payments may face delays because they “may need more review depending on the situation or information we have. This could include address changes, bank account changes, etc.,” according to the Franchise Tax Board’s website.

First proposed in May, the Golden State Stimulus II is an extension of a program that issued payments to eligible individuals earning $30,000 or less in April. Under the current program, qualifying residents with incomes between $30,000 and $75,000 will collect a $600 stimulus check and qualifying families with children—including undocumented families—will be on the receiving end of an additional $500.

The latest estimates indicate that about two-thirds of the state’s total population can expect to receive some form of stimulus payment.

“The Golden State Stimulus is key to lifting up those hit hardest by the pandemic and supporting California’s economic recovery, putting money directly in the hands of folks who will spend it on basic needs and within their local communities,” Newsom said in a statement, adding that the state is planning to distribute well over $10 billion in direct stimulus payments to help residents recover from the financial impacts of the ongoing coronavirus pandemic.

Following in California’s footsteps, other states have also jumped in to further assist their residents. For example, in Colorado, any resident who earns less than $52,000 and received at least one weekly unemployment check between March 15, 2020, and October 24, 2020, is eligible to receive a payment of $375.

In Vermont, many nurses, janitors, and retail workers qualified for $2,000 checks, while Florida lawmakers tapped into federal funds from President Joe Biden’s American Rescue Plan to send out $1,000 stimulus checks to teachers and educators in the state.