Can Americans Survive Another Recession? 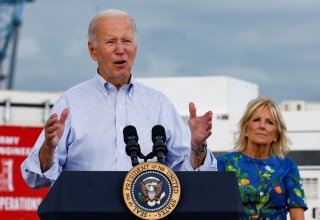 As the Federal Reserve continues to aggressively hike interest rates to tame persistent inflation, there’s no question that a knee-buckling recession has become a real possibility.

But, according to a recent Bankrate.com poll, it appears that many Americans are not ready for such an economic downturn. In fact, 31 percent of respondents admitted that they are not equipped to weather a recession and are not actively doing anything to better prepare for one. Even worse, 42 percent of Americans say they’re not at all prepared for a recession.

“Recession depression, recession fatigue—whatever you want to call it, the hits to Americans’ financial security keep on coming, first with the devastating coronavirus pandemic, followed by forty-year-high inflation and now the growing risk of another downturn,” noted Bankrate analyst Sarah Foster, per CNBC.

“Sustaining motivation for two-plus years to prepare for tough economic times can no doubt feel exhausting,” she continued.

“Recession fatigue is the awkward cousin of revenge spending,” Foster added. “Americans were deprived of so many activities that brought them joy. It’s kind of like financial apathy.”

Megan Gerhardt, a professor of leadership and management at Miami University who specializes in studying generational differences, said in a release that “from the Great Recession that may have caused financial stress for their parents to the chaos in health, safety and stability that occurred with the pandemic, these formative events have fundamentally impacted the way Gen Z views the world.”

Last month, in an effort to tackle inflation levels that are still sitting at roughly forty-year highs, the Fed approved a third consecutive seventy-five-basis-point interest rate hike and suggested that it will keep raising rates well above the current level. With the largely expected move, the central bank took its federal funds rate up to a range of 3 percent to 3.25 percent, the highest level since the global financial crisis in 2008.

Meanwhile, in keeping with the hawkish stance, Fed Vice Chair Lael Brainard stressed the importance of not shrinking from the task until it is completed.

“Monetary policy will need to be restrictive for some time to have confidence that inflation is moving back to target,” she said in remarks Friday prepared for a speech in New York, per CNBC.

“For these reasons, we are committed to avoiding pulling back prematurely,” she added.