Can Congress Bring Back the Child Tax Credit? 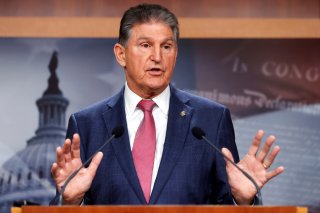 For the first time in six months, tens of millions of cash-strapped American families will no longer be able to count on the enhanced child tax credit. Many view the tax credit as an unofficial fourth stimulus check to help them make ends meet amid the nearly two-year-long pandemic.

Between July and December 2021, these popular tax credits provided eligible parents with as much as $3,600 for a child under the age of six and up to $3,000 for children between the ages six and seventeen. Broken down, this meant that a $250 or $300 payment for each child was directly deposited or mailed to parents each month.

President Joe Biden and Democrats in Congress had plans to extend the enhanced tax credit for another twelve months by passing the Build Back Better legislative package. However, West Virginia Democratic Senator Joe Manchin, whose vote is key in an evenly split Senate, opposes the bill, saying it would discourage people from working and that additional federal spending would only fuel inflation, which currently stands at a forty-year high.

The legislative standoff is directly affecting parents like Krystal Peters, a Chicago mother with a two-year-old daughter.

“I’m just very disgusted with our government, with Congress because these men and women are dangling this life in front of us,” she told NBC News.

“Just figure it out. All I got is anger and disgust right now. They’re stealing dignity from us, they’re making us feel hopeless, so maybe just forget it. They’re going to do whatever they want anyway,” she continued.

It appears that top Senate Democrats have taken notice of the difficulties faced by parents like Peters. Last week, they urged Biden in a letter to keep the enhanced child tax credit as the “centerpiece” of the stalled bill.

“Without the expanded credit, nearly ten million children will be thrown back into or deeper into poverty this winter, increasing the monthly child poverty rate from roughly 12 percent to at least 17 percent. After historic progress, it is unacceptable to return to a status quo in which children are America’s poorest residents and child poverty costs our nation more than $1 trillion per year. Raising taxes on working families is the last thing we should do during a pandemic,” they concluded.

However, in recent days, Manchin has indicated that he is open to reviving the heated negotiations on the legislation.

“We’ll be talking to everybody who wants to talk,” he told reporters last week at the Capitol. “We’ll just be starting from scratch.”

Previously, Manchin reportedly presented Biden with a $1.8 trillion package that he would be willing to support, but it did not include an extension of the enhanced credit.