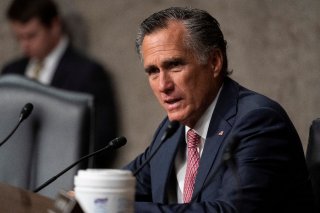 The expanded child tax credit, which was in place for the final six months of 2021, went away at the end of the year after the Build Back Better framework failed to pass the Senate. In January, the first month without the credit in place, 3.7 million more children were reported to be in child poverty than the month before, according to data released by the Center on Poverty and Social Policy at Columbia University. Poverty had been reduced by a similar amount the first month that the credit was in place.

Will the credit return? That’s unclear, although Sen. Sherrod Brown (D-OH) and Sen. Mitt Romney (R-UT ) are reportedly in talks about a bipartisan compromise that would bridge some of the differences between the 2021 version of the child tax credit and the child allowance proposal that Romney floated last year. It’s not clear how much support such a proposal would garner in the evenly divided Congress.

But with inflation continuing to rise, the case was made last week that rising prices alone justify the return of the expanded child tax credit.

Elaine Maag, a senior fellow at the Urban-Brookings Tax Policy Center, suggested just that in an op-ed published on CNN’s website last week.

“Over the past several months, consumer prices have risen across the board, especially for basic needs like food, gas and shelter. And low- and middle-income families are getting hit the hardest. Not only do they spend a larger share of their income meeting basic needs, they tend to have less savings to help cushion the blow of higher prices,” Maag wrote in the op-ed. “Reestablishing last year's now-expired enhanced child tax credit (CTC)—including paying the credit as a monthly benefit and providing the full benefit to low-income families—could provide significant assistance to families struggling to make ends meet.”

Maag went on to state that the advantage of doing it that way is that there are no restrictions on the payments, rather than earmarking them for specific things. She also touted the decrease in child poverty brought on by the expanded credit last year.

“Thanks to data from last year, we know that bringing back the enhanced CTC would reduce child poverty and provide crucial cash support to low-income households, without much interruption to work as some fear,” she wrote. "Add to that the potential for the credit to blunt the harm of high inflation, and reinstating last year's child tax credit enhancements couldn't come at a better time.”

Whether bringing back the 2021 version of the credit has sufficient support in Congress is another question entirely.