Can You Count on Your Bank Paying Out More Interest? 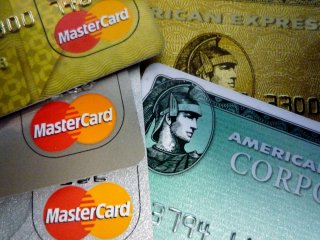 As the Federal Reserve has continued to raise interest rates to address red-hot inflation, it appears that savings interest rates have not kept pace.

According to a recent CNBC report, “steps taken to avert economic disaster in 2020 left the U.S. banking industry awash in deposits, and most lenders have little reason to attract more.”

Citing data from the Federal Deposit Insurance Corporation, it added: “Back in 2020, the U.S. unleashed hundreds of billions of dollars in stimulus to small businesses and families, propped up markets with bond-buying programs and took rates to near zero. Much of that cash found its way to banks, which soaked up roughly $5 trillion in new deposits in the past two years.”

Greg McBride, chief financial analyst at Bankrate.com, is once such expert who agrees with that sentiment. “The biggest banks in particular are sitting on a mountain of deposits. The last thing in the world they’re going to do is raise what they’re paying on those deposits,” he told the business news outlet. “The big dominant banking franchises that have branches and ATMs from coast to coast, they’re not going to be pressured to increase their rates,” he continued.

Currently, the average nationwide rate paid for savings is sitting around 0.06 percent, according to Bankrate.com. Even at JPMorgan Chase, considered the largest U.S. bank by assets, most retail accounts paid out only a 0.01 percent annual percentage yield, as of late April.

Despite all of this, there is some good news on the horizon for those who are looking to grow their savings accounts. According to data compiled by Bankrate, at least ten banks have decided to raise interest rates on their high-yield savings accounts or money market deposit accounts since mid-April. Per CNBC, here is the list: American Express National Bank, Barclays Bank, Capital One, CIT Bank, Colorado Federal Savings Bank, Discover Bank, Luana Savings Bank, Marcus by Goldman Sachs, Sallie Mae Bank, and TAB Bank.

The rates at these banks, though, are still relatively low, as they are all under 1 percent. But that could change if the Fed decides to become even more hawkish going forward to tame inflation that reached 8.5 percent in March from a year earlier, the fastest twelve-month increase since December of 1981. According to the latest data from the CME Group, current market pricing has the rate surging to 2.75 percent to 3 percent by the end of the year.

“If the Fed ends up being as aggressive as they’re expected to be, the top-yielding savings accounts could clear 2 percent later this year,” McBride explained. “It’s the only place in the world of finance where you get the free lunch of higher return without higher risk. It’s pure gravy,” he concluded.