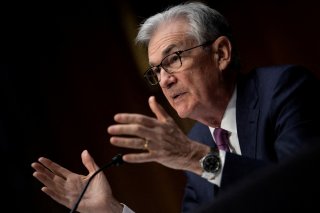 Yesterday, in reviewing his administration’s economic challenges, President Joe Biden did Americans a great service by finally recognizing that the United States has a price inflation problem. However, he equally did Americans a disservice by intimating that the critical job of ensuring that elevated prices do not become entrenched rests solely on the Federal Reserve. By so doing, he seemed to relieve his administration’s budget policy from any responsibility for having contributed to the United States’ inflation problem. Worse yet, he seemed to rule out using budget policy to help the Fed attain its inflation objective.

The truth of the matter is that the country has not one but two inflation problems.

It has a price inflation problem that is underlined by consumer price inflation now running at 7 percent, or at its fastest pace since 1982. That problem was created in large measure by the excess demand that resulted from the powerful combination of the largest peacetime budget stimulus on record and the easiest of monetary policies, including interest rates that were allowed to become negative after adjusting for inflation.

At the same time, the country has an asset price inflation problem as underlined by the fact that equity price valuations are now at nosebleed levels experienced only once before in the past 100 years and that housing prices, even after adjusting for inflation, are now higher than they were at the peak of the 2006 U.S. housing market bubble. This problem of asset price bubbles was caused by the Fed responding to the pandemic-induced recession by buying a staggering $5 trillion in U.S. Treasury bonds and mortgage-backed securities in order to keep interest rates very low.

This unhealthy combination of a consumer price inflation problem and asset price bubbles now puts the Fed in the most difficult of policy predicaments.

If the Fed does not raise interest rates aggressively, it risks both allowing inflation to become entrenched and adding further froth to already bubbly asset price markets. That, in turn, would set the United States up for an even harder economic landing down the road when the Fed is finally forced to slam on the monetary policy brakes than would have occurred had the Fed tightened policy in a timely manner.

However, if the Fed were now to act aggressively by raising interest rates in order to get the inflation genie back into the bottle, it would risk bursting the asset price bubbles, which have been premised on the assumption that today’s ultra-low interest rates would last forever. That, in turn, could create real financial market stress and precipitate a deep economic recession as occurred in the wake of the 2008 Lehman bankruptcy.

This is where the Biden administration could usefully come in. It could play the most constructive of roles by using budget policy to help the Fed successfully navigate its policy predicament. It could do so by moving away from a Build Back Better spending initiative that would add to aggregate demand pressure to a more restrictive budget policy of public spending cuts and tax increases that would create less aggregate demand pressure. By so doing, it would relieve the Fed from having to do all the heavy lifting in fighting inflation with interest rate hikes. That, in turn, would heighten the chances that the Fed could attain its inflation objective without causing an economically damaging bursting of today’s equity and housing market bubbles.

While in principle there is a combined fiscal and monetary policy way out of our dual inflation and asset price inflation problem, I would not suggest holding one’s breath for that to happen. With Biden yet to accept that his excessive $1.9 trillion budget stimulus initiative in March 2021 had any role in inflation surging to a four-decade high, the likelihood of his shifting budgetary policy course now would seem to be as great as that of a camel passing through the eye of a needle.