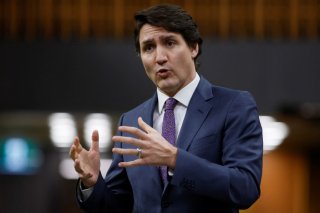 The expanded child tax credit, which was part of the 2021 American Rescue Plan Act, put into place direct payments to most American families for the last six months of 2021. Congress failed to pass an extension of the credit, meaning that the program ended in January 2022. Unfortunately, this immediately undid the gains that had been made in reducing childhood poverty.

Meanwhile, in Canada, one province has put into place a much more dramatic government measure to assist families. According to the Missoula Current, the Canadian government and the province of Ontario have reached an agreement to “cut child care costs to $10 a day by 2026.”

The press release describes it as a five-year agreement, in which families in the province will receive $10-a-day child care, and 86,000 newly-licensed early learning and child care spaces will be created in the process.

With the Ontario agreement, Canada has now reached an agreement with every province to “build a Canada-wide affordable, inclusive, and high-quality early learning and child care system.”

“The agreement will reduce licensed child care fees for children under six years old on average by 25 percent as of April 1, 2022, saving Ontario families an average of about $2,200 per child,” the release said. “By the end of the year, fees will be further lowered, and families will see a total reduction of 50 percent on average, saving them an average of about $6,000 per child per year. This agreement will deliver on average $10-a-day child care for Ontario families by the end of March 2026.”

The goal is to get parents back to work while giving parents with special needs children better access to health care. “With the signing of today’s agreement, we’re making $10-a-day child care a reality for families across the country. Today’s announcement will save Ontario families thousands of dollars each year—with fee reductions starting as of Friday this week—while creating jobs, growing the middle class, and giving our kids the best start in life,” Prime Minister Justin Trudeau said in a statement.

The child tax credit in the United States faces a more uncertain future. Reports suggest that negotiations to revive parts of the Build Back Better framework are set to resume, but those are unlikely to include the child tax credit and some of the other social spending provisions that were included in the bill that failed in December. There are also ongoing talks between senators of both parties seeking to combine the child tax credit with Sen. Mitt Romney’s child allowance proposal, but it’s not clear if those have gained traction.