Child Poverty Has Increased Without the Child Tax Credit 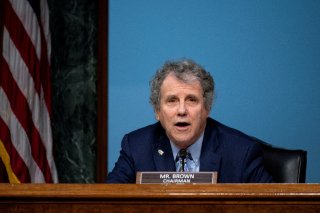 Millions of American families are struggling to provide for their children’s basic needs.

At the beginning of 2022, approximately thirty-five million American families were cut off from monthly payments from the American Rescue Plan-approved enhanced child tax credit, which provided eligible families as much as $3,600 for a child under the age of six and up to $3,000 for children between ages six and seventeen. This amounted to a $250 or $300 payment for each child every month.

These families can now claim the second half of their enhanced credits by filing a 2021 federal tax return. However, it appears that the damage has already been done.

Per Business Insider, new research from the Center on Poverty and Social Policy at Columbia University has revealed that an eye-opening 3.4 million more children lived in poverty in February compared to December 2021.

“Monthly poverty remained elevated in February 2022, with a 14.4 percent poverty rate for the total U.S. population. This is a slight decrease from 14.7 percent in January 2022, but a continuation of the spike from the December 2021 monthly poverty rate of 12.5 percent,” the researchers wrote.

“Overall, 6 million more individuals were in poverty in February relative to December. Child poverty saw a small decline (0.3 percentage points) from 17.0 percent in January to 16.7 percent in February 2022. These levels also represent a continuation of the sharp increase in child poverty from December 2021, when the monthly child poverty rate was 12.1 percent,” they continued.

Future of the CTC

For the enhanced credits to continue on for another year, Democrats needed the passage of the highly contentious Build Back Better legislation, which has not happened largely due to opposition from Sen. Joe Manchin (D-WV). The conservative Democrat, like most Republicans, believes that extending the credits would only discourage people from working and that any additional federal spending would only exacerbate inflation, which has reached a four-decade high.

“Without his vote, Democrats can’t sidestep Republicans and approve the package on their own in the 50-50 Senate,” Business Insider wrote. There are “few signs that Congress will revive it anytime soon and Biden has already conceded he may fail to secure its renewal if Democrats try to revive their spending plans.”

More recently, per Cleveland.com, Sen. Sherrod Brown (D-Ohio) has been in discussions with Republicans, including Sen. Mitt Romney (R-Utah), about passing an expanded form of the child tax credit permanent.