Child Tax Credit: Janet Yellen Wants It to Be Made Permanent 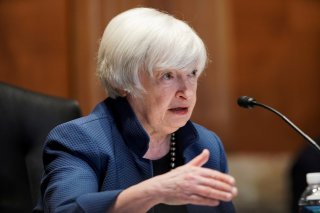 As the Internal Revenue Service and the Treasury Department begin to issue the first batch of the highly anticipated expanded child tax credits that were approved under President Joe Biden’s American Rescue Plan, there are already growing calls among those in Washington who are contending that these benefits should be made permanent.

One of the more high-profile proponents of the recurring checks is Treasury Secretary Janet Yellen.

Yellen reiterated her stance on Thursday during an interview on National Public Radio.

“I think this is something that's very important to continue,” she said on the Morning Edition program.

“It’s a very important program that will do a huge amount to relieve child poverty, which has been a tremendously important problem in the United States,” she added.

This newest government-issued cash windfall was green-lighted via Biden’s $1.9 trillion stimulus bill, which now allows eligible parents to collect as much as $3,600 per year for a child under the age of six and up to $3,000 for children between ages six and seventeen. This means that a $250 or a $300 payment for each child will be deposited into the bank accounts of parents on a monthly basis through the end of the year.

However, much like the traditional stimulus checks, income thresholds still need to be met. To qualify for the full child tax credit amount, a family headed by a couple should earn less than $150,000, while for individuals it is set at $75,000.

The expanded credits will only be continued to be disbursed through December. But if Biden’s American Families Plan ever gets approval from Congress, the payments would continue to head out to eligible parents through the year 2025.

“Across the nation, organizations that advocate for children (are) using social media to explain how the Child Tax Credit will cut child poverty and why we must extend it through the American Families Plan,” Biden said in a statement, adding that about 90 percent of all children in the country will see direct benefits from the monthly payments.

White House Press Secretary Jen Psaki noted during a recent press briefing that “if passed, the families of tens of millions of children will continue to get regular payments.”