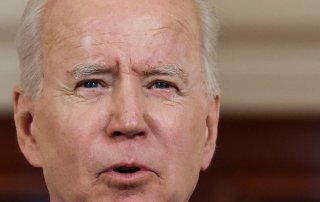 The IRS announced recently that qualifying American families would receive their first monthly payments as part of the expanded child tax credit starting on July 15. According to the IRS, roughly 39 million households – covering 88 percent of children in the United States – will receive payments. These payments will be distributed automatically to all eligible households with no further action required on the part of potential recipients, and will be done so based on information contained in 2020 tax returns (or 2019 tax returns if a household or individual has not yet filed their 2020 tax return).

The expanded child tax credit included in the American Rescue Plan has resulted in a number of significant changes to the child tax credit, including both eligibility criteria and factors that will determine how large of a credit American families can expect to receive.

The credit will manifest itself as both an advanced payment in the form of regular monthly payment and an additional lump sum during next year’s tax season. The regular monthly payments will be $300 per child under the age of six and $250 per child up to the age of 17. Currently, the child tax credit is paid out only as a single lump sum during tax season.

Important to note is the fact that if the information upon which the IRS is determining an individual or household’s eligibility for the expanded child tax credit is outdated or in any way incorrect, recipients will be required to pay back any excess amount sent to them.

Those who correctly filed their 2020 tax returns will likely not have to worry, but the IRS has also announced that it will be launching two online portals starting July 1 that will allow people to both register for the payments if they don’t normally file tax returns, and to update any relevant information such as income changes, child custody status, and if they have had any additional children.