Is Climate Change Driving Couples to Skip Having Children? 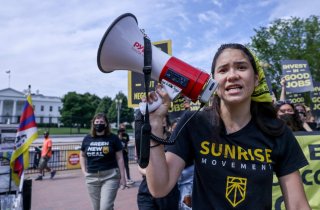 It appears that due to ongoing climate change, a growing number of couples are less enthusiastic about bringing children into the world.

Morgan Stanley analysts recently asserted in a note that the “movement to not have children owing to fears over climate change is growing and impacting fertility rates quicker than any preceding trend in the field of fertility decline.”

The bank cited a study conducted by UCLA researchers that revealed that the number of births in the United States dropped in the nine months after an extreme heatwave event. Some are choosing to be childless because they are concerned that having a bigger family would accelerate climate change.

“Having a child is seven times worse for the climate in CO2 emissions annually than the next ten most discussed mitigants that individuals can do,” Morgan Stanley noted.

Dr. Sabrina Helm, an associate professor in the Norton School of Family and Consumer Sciences in the College of Agriculture and Life Sciences at the University of Arizona, recently led a peer-reviewed study that analyzed how climate change is affecting people’s decisions about whether to have children.

“For many people, the question of whether to have children or not is one of the biggest they will face in their lives,” she said in a statement.

“If you are worried about what the future will look like because of climate change, obviously it will impact how you view this very important decision in your life,” she added.

After interviewing more than twenty participants, Helm and her team were able to identify three major themes that questioned adults’ choices to have children: overconsumption, overpopulation, and an uncertain future.

“There was a hope that future generations will get the job done and makes things better. But that puts a lot of burden on small children,” Helm said.

“Many people now are severely affected in terms of mental health with regard to climate change concerns. Then you add this very important decision about having kids, which very few take lightly, and this is an important topic from a public health perspective. It all ties into this bigger topic of how climate change affects people beyond the immediate effect of weather phenomena,” she continued.

Earlier this week, the United Nations’ Intergovernmental Panel on Climate Change released a new report that claimed that global temperatures are likely to rise by 1.5 degrees Celsius over the next two decades—exceeding a key target of the Paris Agreement.

Moreover, the report found that climate change is “intensifying, occurring at an accelerated pace and is already affecting every region of the planet.”

These findings are a “code red for humanity,” UN Secretary-General Antonio Guterres stated.