Collecting Social Security Benefits? You Might Get a Big Increase Soon 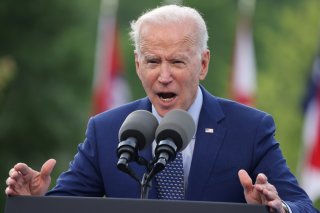 Social Security recipients may be set to receive a particularly large increase to their benefits come 2022. While certainly a boon for those currently claiming Social Security, this boost may prove to be a one-off, with a return to the norm of only marginal yearly increases likely as the effects of the COVID-19 pandemic wear off. As a result, calls are being made for change in how Social Security calculates its yearly cost of living adjustments (COLA).

In recent months, the American economy has been afflicted with rising levels of inflation. While inflation is not inherently a negative phenomenon – it can, for example, be an indicator of a strong and healthy economy in which demand outpaces production capacity – it can be problematic if it is the result of significant supply shocks. Analysts have been growing concerned that the latter could be an emerging problem, with issues related to the supply of such things as cars and houses leading to growing inflation and associated price hikes. In June, prices rose by 5.4 percent year-over-year and by just under 1 percent over the last month, the largest monthly increase since June of 2008.

These price increases could lead to major increases in Social Security benefits for 2022 as a result of this year’s cost of living adjustment should they continue through the end of the year. The increase to benefits could be as much as 6.1 percent, which experts have said would represent one of the highest adjustments in recent decades, and which would be a noticeable departure from what have been only minor adjustments over the past several years.

The reason for the major adjustment is tied to the methodology for making those adjustments, which in turn is likely to be heavily impacted by current price increases. COLAs are typically calculated based on third-quarter information found in the Consumer Price Index for Urban Wage Earners and Clerical Workers (CPI-W). When that index finds that the overall cost of a collection of common goods and services has increased – as has been the case so far this year – benefits receive a boost.

This also explains, however, why COLAs often do not result in meaningful increases to Social Security benefits for many seniors, and why many people fear that next year’s COLA will be a return to that norm. Adjustments made based on the CPI-W often do not reflect changes in prices that are representative of expenses common to seniors. The CPI-W, for example, places significant value on the cost of gas which, for urban wage earners, is likely a major expense; retired seniors collecting Social Security, however, are less likely to be affected by changes in gas prices than are people who commute to work every day. The CPI-W also frequently undervalues expenses that are important for seniors such as healthcare costs. As pandemic recovery continues and prices begin to stabilize, future COLA adjustments will in all likelihood return to their low pre-pandemic levels.

As a result, some have suggested that an alternative index – the Consumer Price Index for the Elderly (CPI-E) – be used as the basis for Social Security COLAs. The use of this index would result in calculations that are much more in line with the needs of seniors collecting Social Security benefits. To that end, legislation in Congress proposed by Representative John Garamendi (D-CA) would see that COLAs are required to be based on the CPI-E as opposed to the CPI-W.