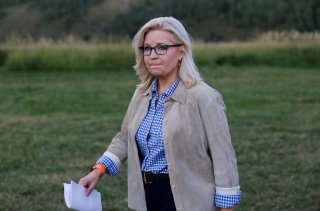 Fresh off her congressional primary loss, Rep. Liz Cheney (R-WY) confirmed on Wednesday that she is considering a run for the White House in an all-out effort to prevent former President Donald Trump from winning another presidential term.

“That’s a decision that I’m going to make in the coming months, and I’m not going to make any announcements here this morning—but it is something that I am thinking about,” she said in an interview on NBC.

“I believe that Donald Trump continues to pose a very grave threat and risk to our republic. And I think that defeating him is going to require a broad and united front of Republicans, Democrats and independents, and that’s what I intend to be a part of,” she continued, reiterating that she will do “whatever it takes” to keep Trump from returning to the White House.

Cheney, who is on the House committee investigating the January 6 attack on the U.S. Capitol, didn’t say whether she would run as a Republican or an independent, but did note that the Republican party is “in very bad shape” and said that it “could take several election cycles” to return it to its principles.

“We’ve now got one major political party, my party, which has really become a cult of personality, and we’ve got to get this party back to a place where we’re embracing the values and the principles on which it was founded,” she said.

“The election deniers right now are Republicans, and I think that it shouldn’t matter what party you are—nobody should be voting for those people supporting them or backing them,” she added.

Cheney also took time to denounce Trump for allegedly releasing the names of FBI agents involved in the August 8 search of his Mar-a-Lago resort when “he knows that our law enforcement is the target of violence.”

Meanwhile, National Public Radio reported that for her 2022 House race, Cheney raised $14 million and she spent roughly half of it. She now plans to transform her campaign operation into a political action committee called The Great Task, according to a filing with the Federal Election Commission.

“In coming weeks, Liz will be launching an organization to educate the American people about the ongoing threat to our Republic, and to mobilize a unified effort to oppose any Donald Trump campaign for president,” said Cheney spokesman Jeremy Adler, per Politico.