Conservatives Seize on Denmark Shooting to Argue Against Gun Laws 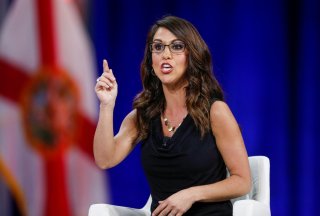 In the wake of the deadly shooting at a mall in Copenhagen, Denmark, over the weekend, some conservatives have come out to contend that stricter gun laws do not prevent mass shootings, Fox News has reported.

“Shooting in Copenhagen Denmark where guns are BANNED,” Florida Republican Congressional candidate Lavern Spicer said in a tweet. “Oooooh child I can’t wait for the Left to explain how that happened!”

Spicer added in another tweet: “My thoughts and prayers go out to the victims. I truly hate gun violence and I hate the evil people who wish to disarm the general public and keep them unsafe.”

Dr. Willie Montague, a Republican candidate seeking to represent Florida’s 10th Congressional District, said he hopes the “Left wakes up and realizes that mass shootings are not prevented by gun laws.”

“Denmark makes it nearly impossible to get a gun, yet a mass shooting just happened there,” he continued.

Ohio Republican Congressional candidate JR Majewski echoed similar sentiments. “Can someone on the Left explain to me how a nation like Denmark has mass shootings when the only type of weapon that civilians may own without a [license] are air rifles,” he said. “Sounds like gun laws are useless for criminals, as we’ve been saying,” Majewski continued.

Fox News reported that according to Gun Policy, an organization that compiles data and facts related to firearms worldwide, civilians in Denmark are not allowed to have automatic firearms or guns disguised as other objects. However, handguns are sometimes allowed for private possession, but only with special authorization.

Furthermore, the bill closes the “boyfriend loophole,” which allowed convicted domestic abusers to purchase guns if they weren’t married to their partner, even though spouses who perpetrate domestic violence are. There are also significant changes to the process when individuals aged eighteen to twenty-one attempt to purchase firearms.