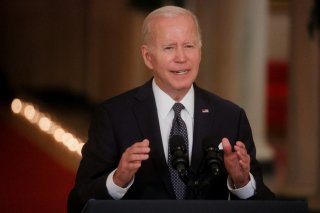 The Senate on Thursday night voted sixty-five to thirty-three to pass the bipartisan gun-control bill, which amounts to the first major federal gun-safety legislation in decades.

Fifteen Republicans joined Democrats in support of the measure, marking a bipartisan breakthrough on one of the most contentious policy issues in the United States. The legislation will next head to the Democratic-controlled House for a vote before it can be sent to President Joe Biden to be signed into law.

Speaker Nancy Pelosi (D-CA) has vowed to take up the measure swiftly. “First thing tomorrow morning, the Rules Committee will meet to advance this life-saving legislation to the floor,” she said in a statement.

Per CBS News, Sen. John Cornyn (R-TX), who led the bipartisan negotiations along with Sen. Chris Murphy (D-CT), said on the Senate floor that the bill “responds” to the devastating shootings witnessed last month in Buffalo, New York, and Uvalde, Texas, in a “positive and an affirmative way.”

“I don’t believe in doing nothing in the face of what we saw in Uvalde and we’ve seen in far too many communities,” he continued. “Doing nothing is an abdication of our responsibility as representatives of the American people here in the United States Senate.”

According to CNN, the gun deal includes millions of dollars for mental health, school safety, crisis intervention programs, and incentives for states to include juvenile records in the National Instant Criminal Background Check System. The money can be used to implement and manage so-called “red flag” laws that allow authorities to remove guns temporarily from people threatening violence.

Furthermore, the bill closes the “boyfriend loophole,” which allows convicted domestic abusers to purchase guns if they aren’t married to their partner, even though spouses who perpetrate domestic violence are. There are also significant changes to the process when an individual aged eighteen to twenty-one tries to purchase a firearm.

Even with dozens of mass shootings seen in the country each year, reaching a bipartisan agreement on major gun legislation had been notoriously difficult for lawmakers.

“For too long political games in Washington on both sides of the aisle have stopped progress towards protecting our communities and keeping families safe and secure,” Sen. Kyrsten Sinema (D-AZ) said.

“Casting blame and trading political barbs and attacks became the path of least resistance, but the communities across our country who have experienced senseless violence deserve better than Washington politics as usual. Our communities deserve a commitment by their leaders to do the hard work of putting aside politics, identifying problems that need solving, and working together towards common ground and common goals,” she continued.

Editor’s note: On June 24, the House of Representatives approved the bill by a 234-193 margin. It is now headed to President Joe Biden for his signature.