Race Against the Clock: Senate’s Gun Deal Under Deadline Pressure 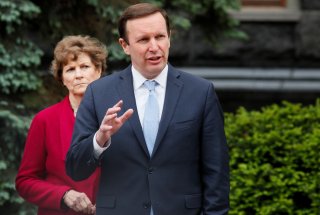 Senate negotiators working to reach a final agreement on gun-control legislation are up against the clock.

After agreeing earlier this month on a framework for the bipartisan deal, negotiators are trying to turn the agreement into legislative text, which must be completed by Tuesday to stay on schedule for a vote this week. The Senate is set to depart for a two-week July 4th recess at the close of business this week.

As reported by ABC News, two particular provisions are stymieing the negotiations. One is focused on providing federal grants to states to enforce so-called “red flag” laws that allow authorities to remove guns temporarily from people threatening violence. The other aimed to close the “boyfriend loophole,” which allows convicted domestic abusers to purchase guns if they aren’t married to their partner, even though spouses who perpetrate domestic violence are.

“If we can settle these two issues, I think we're on our way, but I am concerned now given the time it takes and the need to complete our work really by tomorrow that we've got to settle these issues,” chief Republican negotiator John Cornyn (R-TX) told reporters. "We did make progress but we're not there yet.”

Cornyn admitted that the Senate bill has had trouble agreeing upon a legal definition of a “boyfriend.”

“We've got to come up with a good definition of what that actually means, because what this does is it would add a category to a bar for people being able to purchase a firearm if they fall in that category,” he said.

“So, it's got to be clear and it's got to be something that can actually be applied, because we are talking about pretty serious consequences,” he continued.

Sen. Chris Murphy (D-CT), the top Democratic negotiator, noted that “we are continuing to make progress.”

“This is a very tight timeline to land some very serious issues,” he added.

Meanwhile, President Joe Biden, speaking to reporters in Rehoboth Beach, Delaware, on Monday, appeared to be optimistic regarding the state of the talks.

He acknowledged that some state laws have had success in curbing gun violence, but he ultimately added that “it'll be better if we had better regulation of sale of firearms, nationally and nationally mandated.”

The gun-control agreement received a major boost last week when Senate Minority Leader Mitch McConnell (R-KY) confirmed his support for the legislation. With his backing, it gives the legislation at least sixty-one votes—one more than necessary to overcome a Senate filibuster.

“My view of the framework if it leads to a piece of legislation I intend to support it. I think it is progress for the country and I think the bipartisan group has done the best they can to get total support and the background check enhancement for that age group I think is a step in the right direction,” McConnell said.