Could the Child Tax Credit Lead to a Universal Basic Income? 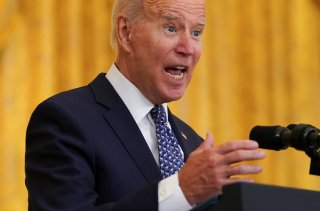 The United States does not offer its citizens a universal basic income, although that idea has been out in the ether a bit more in recent years than it had been for a while.

Democrat Andrew Yang’s signature proposal when he ran for president in the 2020 cycle was for a “Freedom Dividend,” which would have entailed $1,000 a month in direct cash payments to every adult in the country.

“This is independent of one’s work status or any other factor,” Yang’s campaign website said of that proposal. “This would enable all Americans to pay their bills, educate themselves, start businesses, be more creative, stay healthy, relocate for work, spend time with their children, take care of loved ones, and have a real stake in the future.”

Yang did not win the presidency nor did he prevail in his subsequent bid for the mayoralty of New York. Once Joe Biden was elected, he did not make a universal basic income part of his platform.

Earlier this summer, Rep. Ilhan Omar of Minnesota introduced legislation meant to create a universal basic income known as The Sending Unconditional Payments to People Overcoming Resistances to Triumph (SUPPORT) Act and the Genuine Progress Indicator (GPI) Act. That legislation does not appear to have advanced through Congress.

However, some people have noted that the expanded child tax credit that passed as part of Biden’s American Rescue Plan Act could serve as a “pilot program” for a future universal basic income. That idea has been the basis for an episode of The New Yorker’s “Politics and More” podcast.

The editor of The New Yorker, David Remnick, spoke with a U.S. Senator, Michael Bennet, about that connection. Bennet, like Yang, had campaigned for president in 2020 while pushing for recurring payments for all Americans, although his campaign didn’t last nearly as long.

“The child tax credit, received by more than thirty-five million families, isn’t entirely new,” according to the description of the episode on the magazine’s website. “But the way it’s distributed is almost a revolution in American politics: instead of having it show up once a year, at tax time, the government also provides money ahead of time, in predictable monthly payments. Wide-scale, direct cash payments are anathema to Reagan-era austerity economics. Is this policy the first sign that that consensus may be coming to an end?”

The podcast also featured a debate between the University of Pennsylvania’s Amy Castro and the American Enterprise Institute’s Michael Strain, over the worthiness of the universal basic income idea.