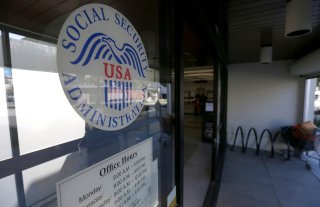 With inflation sitting at levels not seen in four decades, it appears that the recent 5.9 percent cost of living adjustment (COLA) for Social Security recipients has lost much of its luster.

But, as Fox Business noted, there is a silver lining amid this high-inflationary madness—an even higher COLA for next year.

“It’s still six months before we will get the final announcement in October though, and this estimate will change before then,” she continued.

The potential 7.6 percent COLA increase might seem steep, but history shows that the Social Security Administration (SSA) has been down this road before. The biggest boost to the COLA was the 14.3 percent increase in 1980, which was the result of the CPI-W surging more than 12 percent during 1979. In 1981, the COLA was approved at 11.2 percent.

Amid the stubbornly high inflationary environment, the Senior Citizens League highlighted the fact that last year’s COLA raise has done little to protect senior citizens’ buying power, which has sunk 32 percent over a twenty-one-year period. Even after the nearly 6 percent bump, monthly Social Security payments only climbed by approximately $90, to an estimated average of $1,657.

“To put it in perspective, for every $100 worth of groceries a retiree could afford in 2000, they can only buy $68 worth today,” Johnson said in a statement.

The group added in the release that “to help protect the buying power of benefits, The Senior Citizens League supports legislation that would provide a modest boost in benefits and base COLAs on the Consumer Price Index for the Elderly (CPI-E) or guarantee a COLA no lower than 3 percent.”

In another effort to help Americans cope with high inflation, the Senior Citizens League has launched a petition urging Congress to quickly approve a fourth round of stimulus checks for recipients of Social Security benefits.

“Social Security benefits are one of the few types of income in retirement adjusted for inflation. But soaring inflation has taken a toll on household finances of retired and disabled Social Security recipients,” the petition argues.