Could It Pass? One Social Security Reform Bill Has Momentum 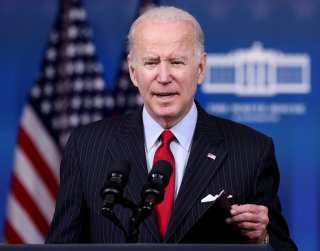 There are multiple bills currently up for consideration in Congress that would reform Social Security. One of them, it appears, has some momentum, although it’s not one that would extend the program’s solvency far into the future.

According to Federal News Network, one of the bills, the Social Security Fairness Act, now has over 290 cosponsors. The bipartisan bill, sponsored in the House by  Rep. Rodney Davis (R-IL) and Rep. Abigail Spanberger (D-VA), would eliminate the Windfall Elimination Provision (WEP) and the Government Pension Offset (GPO), often referred to as “the evil twins.”

Both serve to reduce the benefits of certain Social Security beneficiaries.

“These provisions were put in place and they became punitive against the families who have served the American people throughout their entire career,” Davis told reporters Friday, according to the Federal News Network.

“No American should be penalized because of their public service. These public servants have been waiting decades for a solution to this issue. And now we are so close towards rectifying this problem,” Spanberger added.

A vote on the legislation is expected to take place in September.

However, Davis told Federal News Network that he hopes the bill will lead Congress “to ensure the long-term solvency of Social Security.”

“Will it cost? Absolutely it’s going to cost when you score this on a spreadsheet,” Davis added. “But what has been the cost to those families who have not been given the same benefits that every other family that did not choose public service have gotten over for decades?”

However, a report in mid-July from the Committee for a Responsible Federal Budget found that the repeal of the so-called evil twins would likely lead to earlier insolvency for Social Security.

“Unfortunately, this elimination would be quite costly,” the report said. “The Social Security Administration's Chief Actuary estimates the bill would cost nearly $150 billion through 2031 and worsen Social Security's 75-year shortfall by 0.12 percent of taxable payroll. On its own, this would advance Social Security's insolvency by over a year, to early 2034 based on the Trustees' 2022 projections.”

The report also argued that such a repeal “would also make Social Security less fair, not more.”