Delays Related to IRS Tax Refunds Get Even Worse 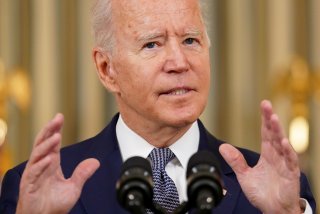 Over the past several months, the Internal Revenue Service has worked tirelessly to promptly issue tens of millions of $1,400 stimulus checks and the monthly expanded child tax credits—not to mention the traditional tax refunds from federal returns.

Largely due to the ongoing coronavirus pandemic and staffing shortages, the agency had previously reported that it still has more than thirty-five million individual and business tax returns to process—a massive backlog that is four times bigger compared to the end of the 2019 filing season. Also, due to the stimulus checks sent out over the past year and a half, the IRS has been adding to that backlog by mailing out millions of “math-error” notices to taxpayers saying that they owe more money.

Against this concerning backdrop, the Taxpayer Advocate Service (TAS) recently pinpointed an array of logistical problems that have caused major delays for its team of advocates, who are tasked with assisting the nation’s taxpayers resolve IRS-related issues.

“I am painfully aware that taxpayers are experiencing more delays with the IRS this year than usual,” national taxpayer advocate Erin Collins, wrote in a blog post.

“Our advocates have been handling unusually high levels of inventory for the last year,” she said in the blog post. “The past two filing seasons have been particularly difficult. On top of dealing with personal, medical, and financial challenges brought on by COVID-19, taxpayers have struggled to get advice and answers from the IRS, and millions of refunds are still pending.”

Collins added that taxpayers are being forced to wait an average of eighty minutes when they call the TAS for assistance. Moreover, “courtesy disconnects”—or getting hung up on—have become increasingly common.

“The IRS’s level of service on its toll-free telephone lines has been at all-time lows, paper correspondence and paper returns have added other complexities and delays throughout the year, and many taxpayers are still waiting for their returns to be processed or their refunds to be paid,” Collins wrote, adding that the office is expecting two hundred fifty-three thousand cases this year, up from a hundred sixty-seven thousand in 2017.

“Due to the high volume of calls and cases we have been receiving, we have struggled to meet our own deadlines and expectations,” she added. “Our seventy-nine local office telephone lines are receiving over twenty thousand calls each week.”

Not surprisingly, Collins is recommending that Congress provide more funding.

“As Congress focuses on the IRS’s budget, it should continue to allocate appropriate funds to protect taxpayer rights, including the right to quality service,” Collins wrote.

“As taxpayer challenges continue to increase, I believe it is also critical that Congress and the IRS adequately fund and staff TAS, which serves (or is intended to serve) as the ‘safety net’ for taxpayers who face immediate financial hardship or fall through the cracks of IRS bureaucracy, so we can provide timely assistance,” she continued.