Democrats Have New Vision for How to Fix Social Security 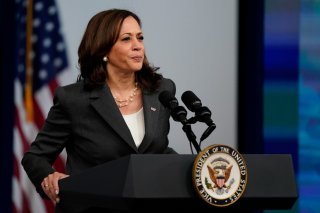 “The U.S. faces a retirement crisis and a modest boost in benefits strengthens the one leg of the retirement system that is universal and the most reliable,” the bill’s fact sheet reads.

The new version of the bill follows the Social Security Administration’s latest estimates that the trust funds that support the program will be depleted in thirteen years. According to a recent report from the Department of the Treasury, the Old-Age and Survivors trust fund will only be able to pay the scheduled Social Security benefits until the year 2033, while Medicare’s hospital insurance fund is expected to run dry in 2026.

The Treasury Department said in a statement that “the finances of both programs have been significantly affected by the pandemic and the recession of 2020.” In 2034, only seventy-eight percent of the promised benefits will be payable to Social Security recipients.

According to CNBC, “the bill proposes extending that date to 2038 to give Congress more time to come up with a long-term solution to the program’s solvency issues. The measure would also incorporate proposals made by President Joe Biden during his presidential campaign.”

Nancy Altman, president of Social Security Works, told CNBC that “it’s got a lot that’s attractive, and nothing that I think should cause Democrats problems in an election year.”

One major feature of the legislation proposes raising the minimum benefit for low-income workers to twenty-five percent above the poverty line. Moreover, that figure would be tied to current wages in an effort to “ensure that the minimum benefit does not fall behind,” according to lawmakers. There is also a benefit boost for both new and existing beneficiaries amounting to roughly two percent of the average benefit.

If the bill passes and is signed by Biden, Social Security will also adopt the Consumer Price Index for the Elderly, also known as CPI-E, which Democrats say would “better reflect the costs incurred by seniors,” such as rising health care and prescription costs.

“Social Security is a sacred commitment made to all Americans and a promise that must be fulfilled. As seniors and individuals with disabilities struggle to afford the costs of food, housing, and prescription drugs, this bill expands benefits and protections for millions of Americans,” Sen. Richard Blumenthal (D-Conn.) said in a statement. “The Social Security 2100 Act will keep this vital lifeline solvent and ensure our nation’s bedrock social insurance program provides current and future beneficiaries with a quality standard of living.”