Here’s What Will Destroy Your Big Social Security Raise 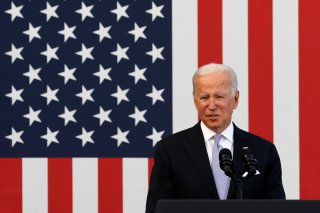 The Social Security Administration recently announced that roughly seventy million Americans will be in line to receive a 5.9 percent cost of living adjustment (COLA) beginning next year.

The latest calculations indicate that the nearly 6-percent boost—the largest seen in about four decades—is slated to raise the monthly payments of seniors by approximately $90 to an estimated average of $1,657. Moreover, a typical couple’s benefits will climb by about $150 to $2,754 per month, and for disabled workers who receive benefits, they will witness an average increase of $76 per month.

However, according to the financial site The Motley Fool, “while this may seem like a lot of extra money, the sad reality is that rising prices in some key areas are likely to outpace the increase and still leave many retirees worse off in terms of how far their money goes.”

With this in mind, here are five spending categories in which prices are expected to rise considerably next year.

The Senior Citizens League has noted that food prices for home consumption are expected to increase between 1.5 percent and 2.5 percent. Meanwhile, food prices of food purchased away from home will climb between 3 percent and 4 percent. “This is significantly higher than the normal 1 percent to 2 percent increase in the cost of food that occurs in most years,” according to the financial website. “Food is often one of the key expenditures that seniors have, and it can be difficult to cut grocery costs while still maintaining a healthy and varied diet.”

The league also claimed that seeing rental increases of 7 percent or higher will be more common beginning next year. For comparison, rent increases of approximately 5 percent are more often the standard in senior rental housing. The higher costs “are likely driven by the eviction moratoriums that were put into place by the federal government—and some state governments—during the early parts of the COVID-19 crisis.”

Homeowners won’t necessarily be immune from the current high inflationary environment. Homes that have increased in value “will affect seniors who already own their properties, as that could result in higher costs of home insurance and property tax increases. Mortgage rates are also expected to go up in 2022, making it less affordable to borrow to purchase a home.”

Costs to heat a home are slated to rise between 21 percent and 25 percent in 2022. Seniors who mostly rely on Social Security benefits “will need to look for opportunities to save on home heating, such as improving the insulation in their home and sealing cracks around windows and doors in order to avoid seeing their higher Social Security checks disappear into the pockets of their utility providers.”

Current data suggest that premiums for prescription drug plans will climb 5 percent next year. Seniors’ health care “is another area that’s not adequately accounted for when COLAs are calculated, and a rise in premiums and prescription costs could be especially devastating to retirees.”