Democrats Have Plan to Limit Trump's Ability to Use Insurrection Act 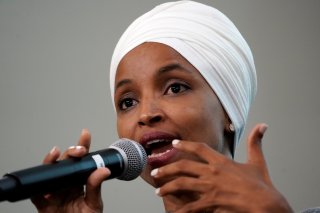 Democrats have proposed a bill to limit the President's ability to deploy U.S. military forces at home under the Insurrection Act to a two week period.

Sen. Richard Blumenthal (D–Conn.) and several Democrats in the House of Representatives had promised to curb the President's powers after President Donald Trump threatened to deploy the U.S. military in response to nationwide protests.

Trump and Sen. Tom Cotton (R–Ark.) had said that military force may be necessary to stop rioting during protests against the police killing of African-American citizen George Floyd. The possibility of the military clashing with American protesters alarmed Democrats as well as top military leaders.

U.S. military forces—except for the National Guard—are currently banned from domestic law enforcement unless the President invokes the Insurrection Act.

Democrats are now proposing a bill that would force the President to consult with Congress when deploying military force against domestic unrest under the Insurrection Act. Congress would have two weeks to extend the President's authority, or else it would automatically expire.

The bill would also allow Americans to take the military to court over its action during civil unrest.

“President Trump’s threats to ‘dominate’ protestors with military might are a clear and present danger to our most fundamental constitutional rights,” Blumenthal said in a statement. “If the President uses military force against Americans at home, Congress should demand at least the same checks that apply to his use of force against adversaries abroad.”

Rep Ilhan Omar (D–Minn) added in her own statement that “this President has repeatedly compromised our democracy by threatening an escalation of violence on protesters across the country.”

Blumenthal and Omar both referred to the Insurrection Act's legacy in putting down slave rebellions.

Freshman representatives Alexandria Ocasio-Cortez (D–N.Y.) and Rashida Tlaib (D–Mich.) cosponsored the bill. Ocasio-Cortez, Tlaib, and Omar have all been identified as members of “The Squad,” a group of freshman progressive firebrands.

Rep. Pramila Jayapal (D–Wash.), who has been floated as a progressive candidate for House leadership, also signed on.

But the bill also had support outside the progressive wing, including from Blumenthal himself and Kennedy heir Rep. Joe Kennedy III (D–Mass.).

Republicans have not supported a bill to restrict the President's power, but have pushed back against using the Insurrection Act.

“I think that these tasks ought to be relegated as much as possible to the state and local authorities, the law enforcement and police,” Senate Majority Whip John Thune (R-S.D.) told reporters last week. “I know there are instances in the past where they’ve had to call up active-duty personnel, but I think the goal always is to de-escalate, not escalate.”

“I think the Defense Department by and large ought to stay out of the political fray,” he added.