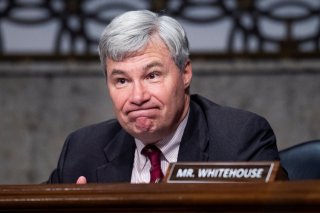 With the average national gas price still sitting above $4.30, there’s no question that many American drivers are growing more frustrated by the day.

However, as reported by Business Insider, there may be some help from the government on the way. Last week, Democrats introduced a bill that would tax the biggest oil companies, which are enjoying outsized profits recently due to high oil prices. The lawmakers want to use some of those profits to issue quarterly direct payments to Americans.

According to Business Insider, “the income thresholds in the bill are similar to those of the third stimulus check issued last year.”

“Individual tax filers making under $75,000 and couples making $150,000 would receive the payments,” it continued. “At $120 a barrel, single filers would receive $240 a year and joint filers would get $360.” However, the report added that the “proposal faces steep odds for passage given GOP resistance” for new tax hikes.

“The bigger thing is that it’s going to save everyone money,” said Rep. Ro Khanna of California, one of the bill’s main sponsors. “If you’re big oil, and you look at this, you’re not going to want to pay this tax, and so you’re going to be willing to lower prices.”

The other main sponsor is Sen. Sheldon Whitehouse of Rhode Island, while Sens. Bernie Sanders of Vermont, Elizabeth Warren of Massachusetts, Michael Bennet of Colorado, and Sherrod Brown of Ohio are the bill’s co-sponsors.

Meanwhile, in California, which is seeing the nation’s highest average gas price at $5.74, there is a possibility that state-level help could be coming soon.

KQED in San Francisco has reported that Gov. Gavin Newsom aims to use a tax refund to help ease the financial pressure on Californians, which would come in a revised state budget proposal that is expected out in May.

It also doubles down on his commitment to move away from fossil fuels and focus more on renewable energy sources. “At a time when we’ve been heating up and burning up, one thing we cannot do is repeat the mistakes of the past by embracing polluters, drilling even more, which only leads to even more extreme weather, more extreme drought, more wildfire,” Newsom said last week in his annual State of the State address.

“Think about this—in just … the past few years we’ve seen whole communities wiped off the map: Greenville, Paradise, Grizzly Flats. How many more are we willing to sacrifice? We need to be fighting polluters, not bolstering them,” he continued.

The California Legislative Analyst’s Office has projected that the state will have at least $6 billion more than initially anticipated in Newsom’s January budget proposal.