Democrats Want to Spend Trillions on Infrastructure. Can It Pass? 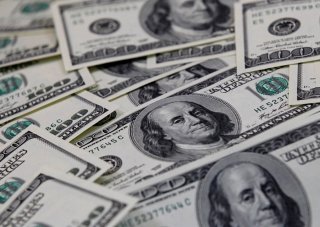 Just as President Joe Biden and Democrats scored a legislative win with the $1.9 trillion rescue package, party members are already debating the next big-spending initiative to jam through Congress, despite the soaring national debt incurred largely from pandemic-related measures.

Democrats passed the coronavirus relief bill this week through budget reconciliation, a legislative process with wonky rules that avoid a GOP filibuster and doesn’t require a single Republican vote. With tight margins in both congressional chambers, Democrats are reportedly turning to the same procedure to push through more of the base’s agenda and demands if negotiations fall flat with the GOP.

Democrats appear to be staggered over which policy matters to pivot to next, but it seems likely that the focal points will be on infrastructure and clean energy.

“We need an FDR-like investment in our infrastructure,” Rep. Rick Larsen (D-Wash.), chairman of the House Transportation and Infrastructure Aviation Subcommittee, told The Hill.

“We have a ton of infrastructure needs in the district,” Rep. Jamaal Bowman (D-N.Y.) told the publication, referring to his northern Bronx district. “We have a sewage system in Mount Vernon that’s failing, sewage being backed up into people’s homes, sewage leaking into the Long Island Sound. We’ve also had rising sea levels and flooding in Mamaroneck; we need tens of millions of dollars there to help combat this rising sea level situation. And then we have sewage leaking into Yonkers.”

Biden has also recently expressed interest in rebuilding U.S. infrastructure as his next legislative priority after the relief bill, as he met with Transportation Secretary Pete Buttigieg and a group of bipartisan lawmakers on the House Transportation and Infrastructure Committee last week. While the president’s infrastructure plan hasn’t been released yet, it’ll likely reflect the $2 trillion infrastructure and climate proposal he boasted on his campaign trail. And considering that price tag and an unwillingness among top Democratic leaders to negotiate down, Congress could see another activation of the budget reconciliation process. That spending would add to the alarming national debt level.

Several Democrats are also pushing the White House to consider the special process to shove through the infrastructure and clean energy plan to deliver on Democratic wishes like building roads and bridges in their districts. If successful, that would translate toward major victories for the Democratic Party, especially in the 2022 midterm elections.

House Budget Committee Chairman John Yarmuth (D-Ky.), however, has posed the notion of merging several different policies into one massive package, rather than just focusing on one or two key issues.

“I think it’s going to be a kitchen sink. Everyone’s going to try to get stuff in there,” Yarmuth said. “You can put anything in there, as long as it clears the Byrd Rule.”

Yarmuth added that the infrastructure plan will likely be passed through reconciliation “if we have to.”

But by using the partisan approach to swiftly pass a legislative agenda could have a detrimental effect on Capitol Hill, especially amid a seething political climate that’s already polarized. Biden campaigned on being a unity candidate, who reaches across the aisle to see success in legislation. Instead, Democrats have depended on the special budget process to pass pandemic-related policies.

Democrats may also be unable to use reconciliation in the future, as centrist Sen. Joe Manchin (D-W.Va.) has previously rejected Biden’s infrastructure spending initiative if no bipartisan effort is evident.

“I am not going to get on a bill that cuts them out completely before we start trying,” Manchin told Axios.

Other Democrats like House Transportation and Infrastructure Committee Chairman Peter DeFazio (D-Ore.) and Rep. Stephanie Murphy (Fla.) have partially echoed Manchin’s remarks, noting that they want to try and strike a deal with the other side of the aisle.

“Infrastructural spending is sound economic policy and it’s also very popular. It may prove divisive to pass through budget reconciliation, but I do not see it hurting Democrats in 2022. That said, I think there are still opportunities to build bipartisan support,” Amel Ahmed, an associate professor of political science at the University of Massachusetts Amherst, said.

It’s important to note, however, that the longer Congress takes to negotiate an agreement, the longer it will be until Biden experiences more legislative victories, a notion that could interfere with his approval ratings that currently hover above sixty percent.

Time is also limited for Democrats, who hold razor-thin margins in the House and Senate, as former president Donald Trump and the Republican Party ramp up efforts to turn one of the chambers red in next year’s election, which could toss away the Democrats’ advantage of budget reconciliation.

Have Republicans Come Up With Their Very Own 'Green New Deal'?