Divided Government: Why American Voters Like It and Europeans Don’t Need It 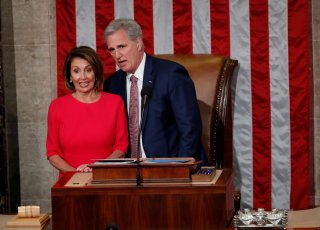 American voters want balance. Statistics confirm the longstanding trend of incumbent presidents suffering losses in Congress in midterm elections. In 2006, the Republican administration of George.W. Bush took “a thumping”. Barack Obama’s Democratic Party suffered “a shellacking” in 2010 when major midterm losses reversed control of both Houses of Congress. That the predicted “red wave” in the most recent midterm elections only ended in a partial Congressional correction has been attributed to the Republican Party putting up flawed candidates, many of whom favored court-rejected claims of fraud in the 2020 presidential election.

Reviewing the results of the November 2022 elections in terms of unitary vs. divided government, Marc Fisher, a senior editor at the Washington Post, indicated that while some voters stuck with their party or ideological cause, a majority worried about “giving a blank check” to their preferred party. The preference for balance is especially notable in overwhelmingly Democratic states like Massachusetts and Maryland, where voters have repeatedly chosen Republican Governors. While both states elected Democrats in the recent election, since World War II, fourteen out of nineteen Massachusetts governors were Republicans. The first Black Senator since Reconstruction, Edward Brooke, was a Massachusetts Republican who served from 1967 to 1979.

How opposite party politicians succeed in one party-dominated states.

Massachusetts political history offers insights into the Republican party’s edge in governorships. The lock on the legislature by the Democratic party tended to produce an entrenched Democratic establishment. Democratic candidates for high office needed to jump through political hoops to gain Party support. The underdog Republican Party was willing to sponsor capable or appealing candidates rather than those most compatible with Party politics.

Different circumstances allowed liberal Democratic Senators like William Fulbright of Arkansas (1945-1971), George McGovern of South Dakota (1962-80), Frank Church of Idaho (1957-81), and Gaylord Nelson of Wisconsin (1963-1981) to repeatedly win reelection in rock-ribbed Republican states (Wisconsin was then solidly Republican.) Seeing the disparity between incumbents’ politics and those of state voters, Republican candidates attacked incumbents on ideology. They went down to defeat by the articulate incumbents because they failed to establish qualifications for high public office. But that was a different era. Currently, Sen. Sherrod Brown (D-OH), who has a 96% Progressive voting record, is the only liberal Democratic Senator from a strongly Republican state. There are no Republican Senators from strongly Democratic states.

The differences between American and European lawmaking

Seen from an international perspective, Congressional lawmaking in the United States is uniquely chaotic. This is largely because laws are initiated by individuals or groups of members of Congress. House and Senate leaders are rated on their power and ability to marshal their party members, rather than on the quality of legislative products.  Most proposed bills are of marginal quality and never make it through committee. In the 117th Congress (2021-2022) 9,833 bills were introduced but only eighty-three of them were passed. Historically, surprisingly few laws have had both a positive impact and minimum flaws. In recent decades Congressional gridlock has compounded the problem of quality and urgent national needs remain unmet.

In advanced European nations, the party or coalition in power develops plans for major legislation but apolitical ministry teams flesh out the details. The teams show drafts to affected constituencies with the objective of minimizing unnecessary opposition and flaws. If a draft is found satisfactory it goes to committees for further modification. Only then is the bill presented for a final vote in parliament. The European Union’s governing Council must vote unanimously on treaty-defined sensitive areas. Except for scoring for cost by the Congressional Budget Office, no similar quality controls are applied to bills in the United States.

Earlier U.S. lawmaking was more similar to that in current Europe. From the peak of the Progressive era in 1900 to 1970, U.S. lawmaking had a greater resemblance to European parliamentary systems than it does now. The reason was that weight was given to independent professional leadership in federal agencies (equivalent to European ministries), which enjoyed significant Congressional and public trust. Laws were short because detailed operating policy was delegated to agencies, whose leadership was dominated by career civil servants. Apolitical agency experts guided Congress in making and amending laws.  That system changed radically after 1970 when Congress took new control over lawmaking and federal agencies became more politicized by the Civil Service Reform Act of 1978. The Act gave the president the power to designate 10 percent of the Senior Executive Service as temporary administrators who could serve under politically appointed agency leaders.

From general confidence in government in the 1950s and 60s, public confidence in Congress since 2000 has been as low as 10 percent. In the past, the United States was more open to foreign experience. At a time of peak power after WWII, the U.S. aerospace program was led by Wernher von Braun, a German rocket expert.  The Marshall Plan gained the United States wide respect. Since the 1960s, U.S. government,  academia, and media seem to have embraced—if not American exceptionalism—at least an America-centered focus, implying that we can’t learn from other societies. In contrast, a Pew Research Center report in 2021 found that a significant majority of Americans believe that the U.S. can learn from other countries in many areas. All they need is political champions.