Experts: Biden Should Continue to Fare Well in Coronavirus Fight 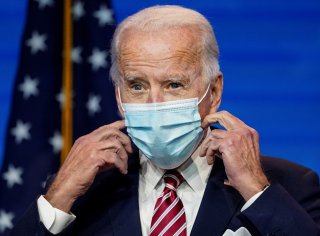 President Joe Biden, who tested positive for Covid-19 on Thursday morning, has continued to show only mild symptoms.

“The symptoms were basically the same—again, he's got a little runny nose, he's got a bit of a dry cough,” White House Covid-19 response coordinator Dr. Ashish Jha told CNN on Friday.

The seventy-nine-year-old Biden is fully vaccinated, twice-boosted, and has been prescribed the antiviral drug Paxlovid as he continues to convalesce at the White House. Despite his advanced age, medical experts are anticipating that he will cope well with the disease, highlighting his overall health, top-notch treatment, and fully vaccinated status.

“The president is fully vaccinated and twice-boosted, so I anticipate that he will respond favorably, as most maximally protected patients do,” Biden’s physician, Dr. Kevin O'Connor, wrote in a letter to the White House that was made public.

According to USA Today, other doctors are sharing similar sentiments.

“I would expect him to do quite well,” said Dr. Daniel Griffin, an infectious disease specialist with Pro Health Care in New York. Griffin added that the vaccines and two booster shots Biden received likely reduce the president’s risk of a severe case by about 90 percent.

Griffin also noted that the antiviral Paxlovid is believed to be more effective than monoclonal antibodies, most of which don’t work well against the highly transmissible Omicron variant of the virus and its subvariants.

Another positive is that Biden is known to be quite healthy and active for his age and does not have any long-term medical conditions like diabetes.

Schaffner added that he has seen many individuals of Biden’s age who contracted the virus after being fully vaccinated and boosted and were able to continue working, though they did have to cut back on their busy schedules and take naps for several days.

Meanwhile, the news of Biden’s diagnosis comes as the BA.5 Omicron subvariant is spreading rapidly across the United States, now accounting for nearly 80 percent of current Covid cases, according to new data released by the U.S. Centers for Disease Control and Prevention (CDC). BA.5, first detected in the country at the end of April, only represented 29.1 percent of cases last month.

The highly contagious Covid subvariant has been shown to be particularly adept at evading the immune protection afforded by vaccination or prior infection.