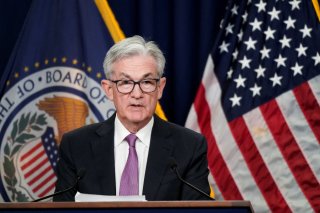 Federal Reserve Chairman Jerome Powell on Thursday reaffirmed his stance that the central bank must continue raising interest rates to convince the American public that the Fed is serious about bringing inflation back under control, CNBC reported.

“The longer inflation remains well above target, the greater the risk that the public sees higher inflation as the norm. History cautions strongly against prematurely loosening policy,” Powell said at the Cato Institute’s Monetary Conference in Washington.

“I can assure you that my colleagues and I are strongly committed to this project and we will keep at it until the job is done,” he continued. “The Fed has, and accepts, responsibility for price stability. We need to act right now—forthrightly, strongly.”

The conference was Powell’s last scheduled public appearance before the Federal Reserve’s upcoming meeting on September 20 and 21. The central bank has already raised the benchmark interest rate four times this year, with the fed funds rate now sitting at a range of between 2.25 percent and 2.50 percent.

Markets are currently anticipating a 0.75 percentage point interest rate hike, which would be the third consecutive increase at that level. If that occurs, it would be the fastest pace of monetary tightening since the central bank started using the benchmark funds rate as its chief policy tool in the early 1990s.

Meanwhile, Federal Reserve Governor Christopher Waller on Friday expressed similar sentiments as Powell, saying that he expects a sizable interest rate bump at the next meeting.

“Looking ahead to our next meeting, I support another significant increase in the policy rate. But, looking further out, I can’t tell you about the appropriate path of policy. The peak range and how fast we will move there will depend on data we will receive about the economy,” Waller said in remarks prepared for a speech in Vienna, Austria, per CNBC.

“Based on all of the data that we have received since the FOMC’s (Federal Open Market Committee) last meeting, I believe the policy decision at our next meeting will be straightforward. Because of the strong labor market, right now there is no tradeoff between the Fed’s employment and inflation objectives, so we will continue to aggressively fight inflation,” he added.

Waller’s comments are similar to remarks made by Fed Vice Chair Lael Brainard, who vowed on Wednesday that the ongoing inflation fight will be ramped up via more interest rate increases.

“We are in this for as long as it takes to get inflation down,” she said in remarks prepared for a speech in New York.