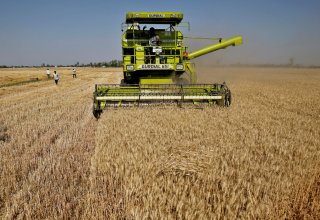 Today, a quick trip to the local grocery store provides consumers with a good sense of the current inflationary environment.

According to a recently released U.S. Department of Agriculture report, “all food prices are now predicted to increase”—even after surging nearly 9 percent last year. Now, the agency is predicting a 4.5 percent to 5 percent rise in food prices over the next twelve months.

As if this weren’t bad enough already, there appears to be more trouble brewing. Due to Russia’s invasion of Ukraine, a massive fertilizer shortage appears likely.

Citing data from Morgan Stanley, CNBC reported that “combined, Russia and Belarus had provided about 40% of the world’s exports of potash. … Russia also exported 11% of the world’s area, and 48% of the ammonium nitrate. Russia and Ukraine together export 28% of fertilizers made from nitrogen and phosphorous, as well as potassium.”

Now, with major disruptions of fertilizer shipments due to sanctions and production disruption, fertilizer prices can only go in one direction—much, much higher, with some products already doubling in price.

“All of this is a double whammy, if not a triple whammy. We have geopolitical risk, higher input costs and basically shortages,” Bart Melek, global head of commodity strategy at TD Securities, told CNBC.

These shortages will likely continue to drive up the cost of basic foods and other commodities.

“That’s going to lead to higher input costs for producing everything from grains, wheat and corn. The input costs are higher now because you’re going to have scarcity that bids the price up as well,” Melek continued, adding that prices for cows, steers, and pork bellies have also risen considerably.

Per The Associated Press, the UN Food and Agriculture Organization (FAO) claimed that prices for food commodities like grains and vegetable oils reached their highest levels ever last month, largely due to the Russia-Ukraine conflict. It said that its Food Price Index, which tracks monthly changes in international prices for a basket of commodities, averaged 159.3 points last month, which was up 12.6 percent from February.