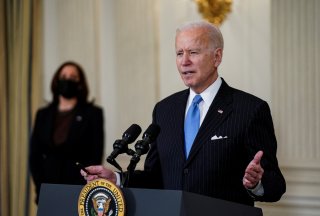 It’s been something of a time of crisis in recent years for Social Security. The program, its trustee announced last year, will lose the ability to pay out full benefits after 2033, which is a year earlier than previously believed. Social Security offices are just now beginning to open after the pandemic, and the agency’s customer service posture has been criticized heavily. The agency also lacks a Senate-confirmed commissioner, with Dr. Kilolo Kijakazi remaining the acting commissioner.

Amid all of that, a former Social Security commissioner who served under presidents of both parties has given an interview with advice for the next commissioner.

Michael J. Astrue was commissioner of the Social Security Administration (SSA) between 2007 and 2013—nominated in 2006 by President George W. Bush and remaining in place for much of the Obama administration. Astrue served during the crucial period when the first of the baby boomer generation began retiring and collecting from the program. He gave an interview this week to the Federal News Network about what the agency’s next commissioner can do to make things better.

“I think what’s disappointing is just this sense of neglect. You know, it’s been 14, 15 months now that they’ve had the time to decide what they wanted to do at Social Security,” Astrue said on the show about the current state of the agency. “And they haven’t made a decision. And I think that demoralizing for the agency, it tends to freeze decision-making. I think it’s hard to justify.”

“The last thing that the agency needs, with underfunding and everything else that’s going on is uncertainty. So it would be a very helpful thing for improving service delivery for the White House to ... find the very best person that they can to run the agency.”

Astrue also said that the best person for the job isn’t necessarily someone who comes from a policy background. The law when it comes to Social Security, after all, hasn’t changed since the Reagan-era reforms of 1983.

“There’s a history and yet again, both parties, but particularly with the Democrats of nominating candidates, without any management experience whatsoever, and to get it into an agency where you have 60,000 to 70,000 employees to manage, and you’ve got enormous budgetary issues, you’ve got workloads going through the roof, you have antiquated technology, you have lots and lots of problems,” he said. “It is really almost unfair to throw someone in who’s managing people for the first time and whose background is policy because they don’t get to do policy.”