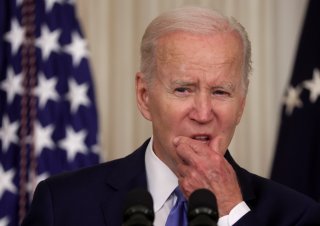 A new report released by the U.S. Government Accountability Office (GAO) has found that the U.S. Department of Education is expected to lose nearly $200 billion from federal student loans made over the last twenty-five years, according to CNBC.

From 1997 to 2021, the Education Department estimated that payments from the student loans would generate $114 billion, but the GAO discovered that, as of 2021, the program has actually cost the federal government $197 billion.

Much of the blame was placed on the Covid-19 pandemic-era moratorium on most federal student loan payments. The moratorium was first enacted under the Trump administration and then extended by President Joe Biden. Many borrowers haven’t made payments in more than two years and, in the meantime, interest on those loans has not accrued.

“There have been several changes to the federal student loan programs, including the payment pause and interest waiver, that have increased the cost of the program, swinging it from a profit to a loss,” higher education expert Mark Kantrowitz told CNBC.

Meanwhile, Education and Labor Committee Republican Leader Virginia Foxx (R-NC), Rep. Greg Murphy (R-NC), Health, Education, Labor, and Pensions Committee Republican Leader Richard Burr (R-NC), and Sen. Mike Braun (R-IN) noted in a statement that the report’s findings show that “the Department’s budget was off by more than $300 billion—all of which will be paid for by hardworking American taxpayers.”

“President Biden is on track to make the most radical changes to postsecondary education at the expense of all taxpayers. The GAO report is only the latest evidence that, at best, Biden’s Department of Education doesn’t have a clue about the real harm of its policies; at worst, the political appointees there simply don’t care and are unwilling to disclose the true costs to the American public,” they continued.

“Any way you look at it, the claim that the federal government ‘profits’ off student loan borrowers is FALSE. Taxpayers have lost hundreds of billions of dollars on this program,” they added.

Despite the GAO report, there is already talk of the student loan pause being extended for a seventh time later this month. As reported by the Wall Street Journal, the Education Department has been telling student loan servicers not to contact borrowers about resuming payments, potentially signaling that another moratorium will be announced soon.

Since taking office, Biden has so far canceled nearly $26 billion of student loan debt for more than 1.3 million borrowers. In June, the administration announced that it would wipe clean the federal student loan debts of about 200,000 borrowers, totaling $6 billion, who claimed in a class action lawsuit that they were defrauded and misled by their schools.

The nation’s student loan debt currently sits at roughly $1.75 trillion, according to data compiled by the Federal Reserve Bank of St. Louis.