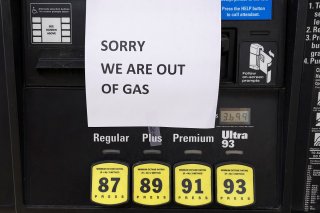 For the first time since the 2014 oil crash, the average gas price nationwide climbed to $3 per gallon on Wednesday.

It is unclear how long this situation will persist. The current upward spike is due to a ransomware attack targeting the Colonial Pipeline, a large gas pipeline transporting fuel from Texas and the Gulf of Mexico to the Northeast. The supply shock from the pipeline’s sudden shutdown is enormous; its connected network supplies fully 45% of the East Coast’s oil and gas consumption.

Although the malware cyberattack briefly forced the 5,000-mile pipeline network to shut down in its entirety – leaving the East Coast without 2.5 million barrels of gasoline per day – the pipeline is now back online and operating at limited capacity, with company officials stating their intention to resume full operations within a week.

However, some amount of damage has already been done. Fuel delivery problems have already been reported throughout the Northeast; eight states have reported shortages, and President Biden felt the need to declare a state of emergency, allowing him to waive some legal restrictions on the transportation of gasoline – making it easier to transport fuel across the country in more traditional ways.

Experts have warned that attempting to buy lots of gasoline could actually make the problem worse. Their main concern is “panic buying,” or individual consumers attempting to ensure they are well-stocked by buying lots of gasoline – and ironically ensuring that everyone else is without. If enough people do this, they artificially create a supply shortage where one would not have existed before.

Therefore, American Automobile Association Mark Jenkins cautioned against this practice, the Tallahassee Democrat reported on Tuesday. Jenkins argued that consumers who had attempted to pump as much gasoline as possible while supplies remained intact were responsible for later shortages – “they’re actually creating the shortage of gasoline there in Tallahassee and other regions around Florida.”

The most important thing to remember is that the Colonial Pipeline’s shutdown, and the accompanying supply crisis, appear to be a temporary hiccup in an industry that is otherwise functioning efficiently. Mass purchases of gasoline could damage supply chains that have already been put under strain by the demands of the pandemic. The best advice, experts contend, is to continue buying gasoline at normal (or slightly higher) rates, and to allow prices to return to normal once the Colonial Pipeline is operational again.