Gas Price Decline Shows No Sign of Slowing Down 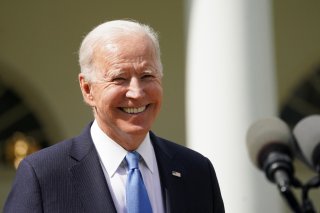 The average gas price in the United States dropped another 15.8 cents in the last week, with the average price now approaching $4 a gallon.

According to GasBuddy, the average is now $4.01 per gallon, a drop of 68.7 cents from a month ago, although the number is still 86 cents higher than a year ago.

“The national average is poised to fall back under $4 per gallon as early as today as we see the decline in gas prices enter its eighth straight week. By the end of the week, one hundred thousand stations will be at $3.99 or less,”  Patrick De Haan, head of petroleum analysis at GasBuddy, said in the site’s weekly price update.

“Diesel continues to decline as well, and will likely soon fall under $5 per gallon. We’ve even seen nearly a dozen stations in low-priced states fall under $2.99, a welcome return to some lucky motorists in areas of Texas, Oklahoma, Kansas, and Iowa. The groundwork is laid for a ninth week of decline, with areas of the West Coast soon ditching the $5 per gallon average. While I’m upbeat the drop can continue for another couple weeks, we’re starting to see some activity in the tropics, which may increase risk of potential disruption.”

De Haan said on Twitter that the gas price average in the United States has dropped for fifty-four straight days and that the $4 barrier would likely be broken on Monday.

The GasBuddy site added that the most common gas price of the last week was $3.69 per gallon, a 30-cent drop from the week before. And the average price in Texas is down to $3.51, the lowest price in the country.

“Everyone's clamoring for #gasprices they paid at the height of the pandemic,” De Haan said on Twitter. “You want your $1.86 or whatever price? Go back in time to when the economy was in the can, millions were let go from their jobs, the stock market crashed, and when there wasn't an answer yet to Covid.”

The other weekly report released Monday, from AAA, listed the average price at $4.05 a gallon. It was driven largely, AAA said, by lowering oil prices.

“Oil is the primary ingredient in gasoline, so less expensive oil is helpful in taming pump prices,” Andrew Gross, AAA spokesperson said in the release. “Couple that with fewer drivers fueling up, and you have a recipe for gas prices to keep easing. It’s possible that the national average will fall below $4 this week.”

Washington, D.C., saw a 28-cent decrease in the per-gallon gas price week-over-week while Colorado went down 23 cents, Arizona, Illinois, and Indiana by 21 cents each, and Iowa and Ohio down by 20 cents each.