Pump Payday: Nine States Have Gas Prices Below $4 a Gallon 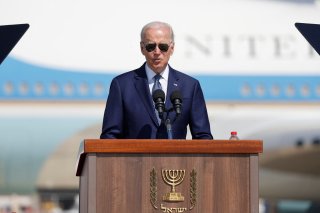 For the sixth consecutive week, it appears that the pain at the pump is continuing to ease, with nine states now boasting gas prices below $4 per gallon.

According to newly compiled data from GasBuddy, the nation’s average gas price is currently sitting at $4.33 per gallon, down a hefty 17.4 cents from just a week ago. Compared to last month, pump prices have plummeted 56.7 cents.

“Gas prices continue falling coast to coast, with the national average last week declining for the sixth straight week, or forty days in a row,” Patrick De Haan, head of petroleum analysis at GasBuddy, noted in a news release.

“The national average is now down an astounding 70 cents in that timeframe,” he added.

De Haan was optimistic that prices could continue on their downward trend, potentially landing even more states on that list. “I have no reason yet to expect the decline won’t reach seven straight weeks, as gas stations still have plenty of room to decline as oil prices remain under $100 per barrel,” he said.

But he did caution that if “the tropics become more active, the decline could eventually reverse.”

“In addition, this week we’ll see GDP data for the second quarter, and if it’s better than expected, we may see oil rally, slowing the descent,” De Haan explained.

Meanwhile, AAA has reported that low demand for gasoline and moderating oil prices are contributing to the more palatable pump prices.

“Consumers appear to be taking the pressure off their wallets by fueling up less,” Andrew Gross, AAA spokesperson, said in a news release.

“And there’s reason to be cautiously optimistic that pump prices will continue to fall, particularly if the global price for oil does not spike. But the overall situation remains very volatile,” he added.