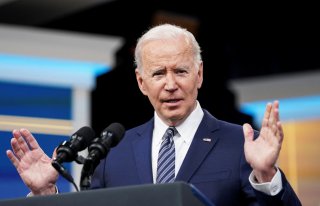 According to GasBuddy’s weekly report, the national average gas price on Monday was $4.17 per gallon, a 5.4 percent decrease from the week before. Notably, this decline marked the second consecutive week that the national average has dropped. This followed a dramatic spike in prices in the early spring, driven in part by Russia’s invasion of Ukraine and the subsequent ban on the importation of Russian oil to the United States.

The $4.17 per gallon average, while down from the last two weeks, is still $0.25 higher than the level of one month ago. It is also up by $1.31 per gallon from the same point one year ago.

“Oil prices fell last week as Covid cases in China surged, prompting restrictions on movements and hurting oil demand. Meanwhile, President Biden’s announcement that the U.S. would be releasing 180 million barrels from the Strategic Petroleum Reserve caused an even further decline in oil, leading gas prices in nearly all areas of the country to fall over the last week,” Patrick De Haan, head of petroleum analysis at GasBuddy, said in the blog post.

“So long as oil prices remain under $100 per barrel and there are no escalations in Russia’s war on Ukraine, we may be poised to see gas prices decline again this week as the U.S. and other countries try to raise oil supply to tip prices lower.”

Last week, AAA reported that the national average had decreased to $4.22 a gallon. The price decreases came as President Biden announced last week that he would release oil from the Strategic Petroleum Reserve. A White House fact sheet described it as a “Plan to Respond to Putin’s Price Hike at the Pump.”

The plan entails releasing one million barrels a day from the Strategic Petroleum Reserve for the next six months, which the White House describes as “the largest release of oil reserves in history.”

Furthermore, the Biden administration is pushing oil producers to step up production. “Today, President Biden is calling on Congress to make companies pay fees on wells from their leases that they haven’t used in years and on acres of public lands that they are hoarding without producing,” the White House said. “Companies that are producing from their leased acres and existing wells will not face higher fees. But companies that continue to sit on non-producing acres will have to choose whether to start producing or pay a fee for each idled well and unused acre.”